Connecting the dots… Does a Conflict of Interest cast a Dark Shadow over Council?

Once in a while, everything lines up, and things make sense. Wawa-News invites its readers to see if they can connect the dots as well.

It began with the Council Meeting of November 17th, 2015. In that meeting Councillor Liddle questioned a number of professional fees that were part of the October 2015 Expenditures. This had come forth as part of the meeting’s agenda for approval from Council. CAO Wray explained that those ‘professional fees’ were payments for tax registration services provided by Real Tax. From their website:

Realtax is the most highly qualified, highly experienced team of tax registration and tax sale professionals in Ontario. Since our inception in 1996, we have served 200 municipalities. We have assisted them with: 20,000 properties, 2,500 tax sales and $2 million in payments out of court.
In that discussion between Councillor Liddle and CAO Wray, the question was made by Liddle “Under whose approval was it to go ahead with the tax registrations?” The response from CAO Wray was, “That’s what we do. It is part of our process.”

Council had received a report on September 28th to discuss the tax arrears and vacant buildings, and at the November 10th meeting, 6 weeks later that report was discussed and would be revisited in the new year to determine better methods to address tax arrears.

So curious to read this report, which had been presented to Council at a public meeting, Wawa-news filed a Freedom of Information Request for the report on November 19th, the tax registrations disbursements, and querying if Whiskey Jack Ridge Bed & Breakfast / Tamara Liddle had a business licence.

That FOI went before Council “in camera” on December 10th. At 7:10 p.m. I received the Tax Arrears report, and was advised that the “October disbursements listing will be sent the next day. I actually received them on the 14th. I received the entire October 2105 Accounts, with information not pertinent to my request redacted (blacked out). 38 registration fees of 452.00 ea was paid to ? (the name was redacted).

However, from the discussion during the November 10th meeting – it is clear that it was for professional services/tax registrations on those properties. One of the properties, was to my surprise, the residence owned by Tamara and Gerry Liddle. The tax arrears certificate shows that the property is over three years in municipal tax arrears. The amount of arrears is not important, only that the process of tax registration has taken place; and that a tax sale may occur unless the entire amount owing is paid within a year of registration.


Please note that I have redacted the other roll numbers, and have also redacted the financial information contained on the Tax Certificate. The amount owing is not necessary to this, merely the fact that the property is in arrears is.

That is now where we begin to connect the dots.

Councillor Liddle has declared a conflict of pecuniary interest with items discussed in camera over the past few months. For example:

However, Councillor Liddle did not declare a conflict:

There is no indication at this time as to what the future will bring. This certainly does cast a shadow on a Council that has said ‘openness and transparency’ was needed. 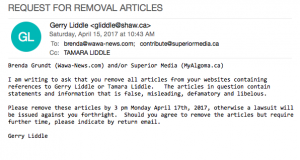 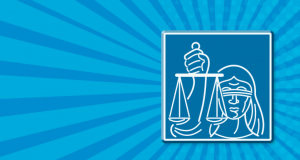