A tale of two transit systems 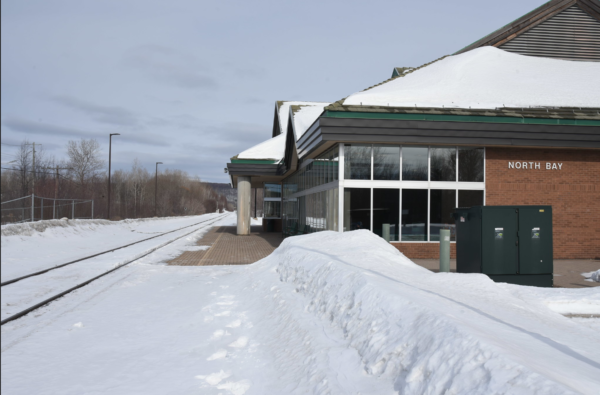 The Ministry of Transportation has finally unveiled the results of its northeastern Ontario rail corridor survey. Unsurprisingly, two-thirds of respondents indicate they would use a future rail service if provided with an option to depart once a day with costs equivalent to a intercommunity bus.

This concept shouldn’t be so foreign to politicians and bureaucrats working in North Bay or Toronto, as GO Transit — Ontario Northland’s sister company — operates much in the same way. Whether it be by train or by motor coach, GO passengers pay identical fares when embarking on a trip between the same two communities. They also seem to benefit from a service guarantee — something the ONTC does not currently provide to its clients in the event of certain delays.

The government’s consultant concluded many moons ago that the Northlander regularly met or exceeded ridership expectations. As confirmed in the survey, most people in this region want access to an affordable rail option that is safe, comfortable and reliable.

Canadian politicians have however developed an unhealthy obsession of wanting to study all things rail related to the nth degree. It’s been more or less five years since VIA Rail first proposed its High Frequency Rail Plan between Toronto and Québec City — through Peterborough — and there doesn’t appear to be an end in sight to the discussions.

The crown corporation and various governments has also moved at a snail’s pace with resuming service on Vancouver Island (BC) and within the Gaspé peninsula (QC) — two rural routes that remain suspended since 2011 and 2013.

VIA’s flagship train — The Canadian — hasn’t operated through remote portions of Northern Ontario for just over a year now due to the pandemic. However when it does run, it’s delayed anywhere between four to 24 hours.

Over the course of the last decade, Queen’s Park and Parliament Hill have routinely neglected Northerners who rely on intercity transit. Despite a plethora of petitions to have train service restored, surveys, studies and more plans drawn up than a grand piano has keys, our elected officials rarely take any tangible steps forward to improve the situation. 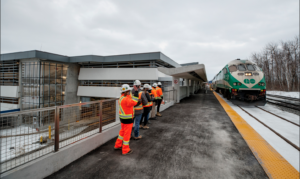 Compare this to Southern Ontario. A few weeks prior to the province wide lockdown, GO Transit opened a brand new 23,000 square foot motor coach terminal next to Toronto’s Union Station.

Amidst the pandemic, GO has been constructing a second tunnel under highways 401 and 409 — which will allow for two-way, all day train service to Kitchener.

To add insult to injury, Bloomington Station — located on the same railroad used by the Northlander — will welcome its first passengers some point later this year.

More than 365 days have elapsed since I filed a freedom of information request to see for myself the draft passenger rail plan jointly prepared by the ONTC and Metrolinx.

I was however denied access in full citing privacy concerns related to “a record prepared to brief a minister of the Crown”, “advice and recommendations of public servants employed in the service of Ontario Northland” and that “disclosure of the draft business case could reasonably be expected to prejudice Ontario Northland’s economic interests or competitive position by impacting negotiations or procurements”.

Interestingly though, in 2017, the MTO provided stakeholders and taxpayers with an opportunity to review the draft it had prepared for the Northern Ontario Multimodal Transportation Study.

What’s so different between the two documents? What exactly is the government trying to hide by keeping one concealed from public scrutiny?

Three years ago, the MPP for Nipissing called for real change for families, seniors and businesses who feel like they are being taken for granted. However after ascending to power, he and his party appear to have backtracked from their initial campaign promise to restore the Northlander no later than by the end of their first term.

Is this the type of “real change” the Minister of Economic Development, Job Creation and Trade and the Premier had in mind for Northern Ontario?

How can we possibly expect others to invest in the region when our very own government chooses to rescind its commitment to improving transit that our most vulnerable segments of the population rely on?

It’s no wonder so many choose to live elsewhere in Canada. If you don’t own a vehicle or are unable to drive, you’re left more or less stranded.

The success of this government’s term will not be measured by the number of coronavirus excuses it recites, but rather on what tangible results it delivers for passenger rail. We deserve more than just a maybe or a wait and see.