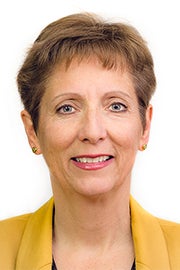 Ontario NDP Health critic France Gélinas issued the following statement in response to the announcement made by the Minister of Education Stephen Lecce on Thursday:

“The announcement from Minister Stephen Lecce offers absolutely no comfort at all to parents, school staff and students who are anxious and afraid about sending their children back to crowded classrooms in September.

Lecce’s announcement literally amounts to a reminder that some – not all – school boards have some reserve funds, and they can use them to try to plug some of the massive holes the Ford government has in its bargain basement back-to-school scheme.

As for the pitiful $50 million for HVAC repairs announced today, every dollar is welcome but that amounts to 0.003 per cent of the necessary school repairs that are currently going ignored.

If the NDP were the government today, we’d be hustling to have thousands of teachers and education workers hired, and temporary classrooms lined up, to ensure smaller, safer classes for every student in Ontario.

Time is running out. We simply can’t afford to let Doug Ford gamble with our children’s safety.”