Hornepayne Man charged with Possession for Purpose of Trafficking

On January 29, 2020, at approximately 8:00 p.m., members of the James Bay Detachments of the Ontario Provincial Police (OPP) observed a motor vehicle travelling on Rose Street in the Town of Hearst, with an expired validation sticker on its licence plate.

Police investigation revealed that the driver was in possession of a controlled substance and was subsequently arrested. Police seized suspected methamphetamine which had an estimated street value of $2,450.

Patrick LEMIEUX, 29-years-old, of Hornepayne, Ontario, has been charged with the following offences:

The accused is scheduled to appear at the Ontario Court of Justice in Hearst, Ontario, on March 4, 2020, to answer to the charges. 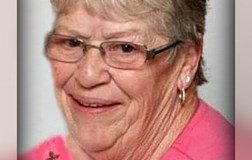 LDHC COVID-19 Assessment Centre has been established for Wawa & Area

Visit us at our Virtual Open House – Sault College