News Tidbits – Lacroix Enterprieses in Dubreuilville has take an amazing initiative. As of April 22, 2020 plastic bags will no longer be available. Congratulations on a huge step.

Wawa has hockey teams on the road this weekend. the Bantam Travellers are competing at the Silver Stick International Bantam A Tournament in Port Huron. The Atom and Peewee Rep teams are heading west to Thunder Bay to compete in the Robins Tournament. Good luck and safe travels to the teams.

The Honourable Stephen Lecce, Minister of Education, announced the government’s plan to offer parents up to $60 per day if strike actions close schools or school-based child care centres. Wawa-news will have more on this in a separate report. 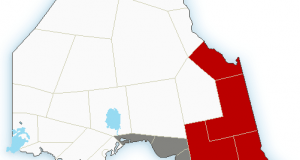