From the Branch – September 25

So September is almost gone and 75 years ago the Arnhem Bridge was one too far and had cost a lot of lives. At least some of the British Para’s made it across the Rhine to finish the job 6 months later. Arnhem was now a ghost town and the population was gone mostly West and North.
In the South the battle for the Scheldt was now the major job for our Veterans who had to fight standing till their waist in water along the causeway to Walcheren and it was real slogging. But the Navy came to their help from the West. The battle for the rest was also tough but at Nijmegen The bridge was in allied hands. Now the Canadians in Italy went to the South of France and North to  spent the winter at Nijmegen for the BIG job in the spring. 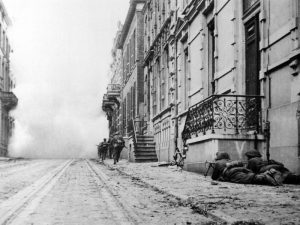 In the big cities like Amsterdam, The Hague and Rotterdam the people were running out of food and had to endure the infamous Hunger Winter and ended up eating tulip bulbs. (Talking about beyond MEAT!).
Little Kevin is at school and the teacher asked the class to write a story about a big snow storm. He notices that after only 2 minutes Kevin is already done.
So he asked “Okay, Kevin read me your story. Thinking that there is none.”
So Kevin gets up and reads “Because of the snow storm there is no school today!”
At the Branch we are preparing for the poppy Campaign and other events.
To all our Comrades sick at home, in the hospital or nursing homes you are in our thoughts and prayers and we wish you well.

From the Branch – 73th Airborne Walk in Oosterbeek and Arnhem 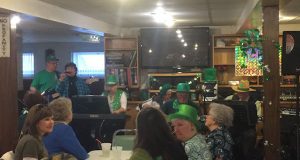 Wasn’t that a Party?