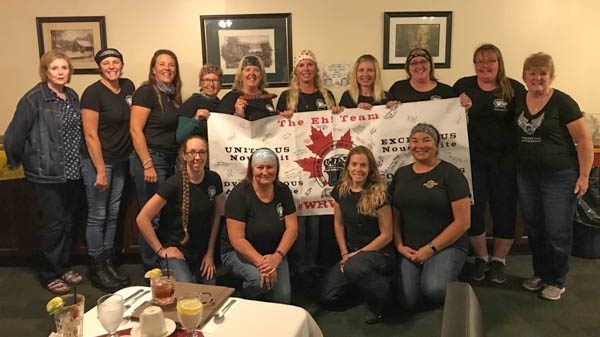 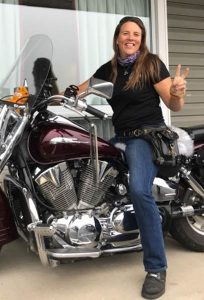 Last night 35 women motorcyclists stopped in Wawa for one of the stops for the Women Riders World Relay, on day 205. The relay began in Scotland in February and has since travelled through Europe, Asia, Australia, and New Zealand. The Canadian leg began on September 14th at Trev Deeley Harley Davidson in Vancouver. Each day a small wooden baton is carried and shuttled to the leader of the next day. You can see it in the photo above.

Organizer Hayley Bell (in the UK) explains, “I wanted to ignite a global sisterhood of inspirational women to promote courage, adventure, unity and passion for biking from all corners of the world and do something that’s never been done before to this scale. My aim is to WOW the industry into realizing the global market for women in Motorsports and to inspire women worldwide. Going into motorcycle stores and seeing a lack of choice, combined with stereotypical pink and being told “there just isn’t the market for women”, highlighted to me just one small element of a much bigger picture around women in Motorsports. I want to show the industry the force behind the market that is so blindly overlooked. I am doing this because women bikers can make this happen.” 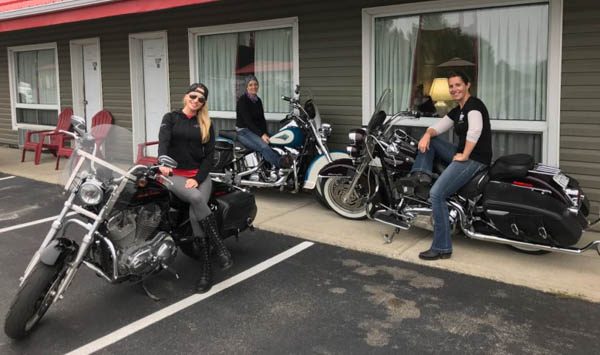 The relay will stop in Sault Ste. Marie tonight, and which will head into the United States next, then Central America, South America, and Africa. The relay is expected to wrap up in February 2020.

Wawa-news would like to thank local Wawa rider Petry Sijtsma-Poll for these photos.