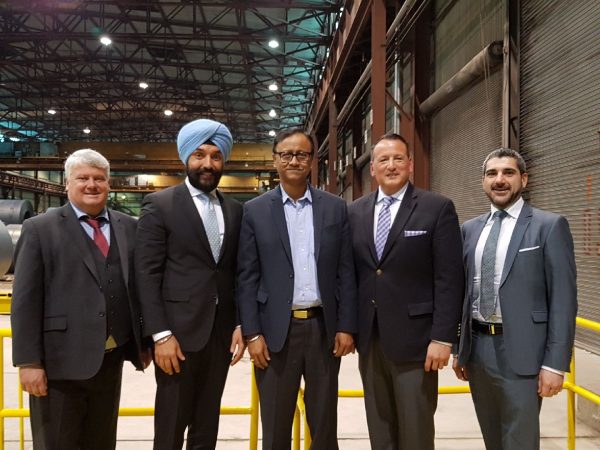 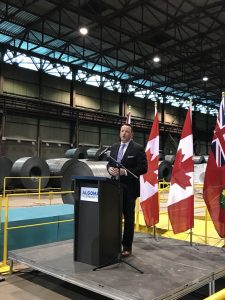 Today, our government announced support for @AlgomaSteelInc with a $60 million dollar investment that will protect and create more jobs in the North. Algoma Steel is a pillar of Northern ON, providing thousands of jobs and supporting Ontario’s industrial sector. (Twitter)

“Our government is committed to ensuring Algoma Steel remains competitive and sustainable in a tough market,” said Minister Rickford. “The investment announced today secures thousands of jobs and pensions and signals Northern Ontario is open for business.”

“This support will enable us to make important investments in new technology that will enhance our reliability, extend asset life and reduce our environmental footprint. We greatly appreciate the province’s investment in Algoma Steel’s long-term sustainability,” said Kalyan Ghosh, CEO, Algoma Steel Inc.

Premier Doug Ford announced the government’s support in the form of regulatory relief from certain pension obligations under the Pension Benefits Act as well as Pension Benefits Guarantee Fund (PBGF) coverage if certain conditions are satisfied.

“Our government is committed to protecting jobs, and ensuring Algoma remains competitive in a tough market. They are the second largest private-sector employer in Northern Ontario, and the largest in Sault Ste. Marie,” said Ford. “Our government is supporting a successful restructuring at Algoma by taking steps to make sure the company is commercially viable, and a stable source of jobs and economic growth for years to come.”

The Province of Ontario is supporting a $600 million capital investment at Algoma Steel Inc. with a $60 million repayable loan. The province is also supporting the purchase agreement through environmental agreements, pension regulatory relief and eligibility for Pension Benefits Guarantee Fund (PBGF) coverage.

Algoma Steel is the second-largest steel producer in Canada and the second largest private sector employer in Northern Ontario, with approximately 3,000 direct employees.

The province has negotiated an agreement that requires the new owners to prepare and implement a plan to identify and address past environmental contamination at the Sault Ste. Marie mill site. The new owners must also contribute $3.8 million annually over 21 years to continue this work.

As part of the Government of Ontario’s commitment to support the restructuring of Algoma Steel’s business, Algoma Steel’s two largest defined benefit pension plans would be able to join the PBGF if certain conditions have been met. The province has also provided regulatory relief from certain pension obligations under the Pension Benefits Act.

Supported by assessments paid by employers, the PBGF guarantees the first $1,500 per month of pension income from a defined benefit pension plan if the employer has insufficient assets and is bankrupt.

Legislative amendments to provide regulatory relief in respect of Algoma Steel’s third defined benefit pension plan, the Wrap Plan, were introduced in Bill 57, the Restoring Trust, Transparency and Accountability Act, 2018. Regulatory amendments will be brought forward to implement terms of the restructuring relating to the Wrap Plan.