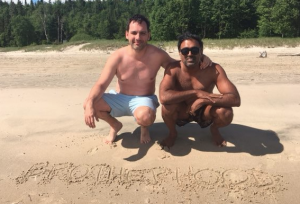 Principal photography has begun for the feature film Brotherhood on the Michipicoten First Nation Reserve. Written and directed by Richard Bell (Eighteen), the cast includes Brendan Fehr as Robert Butcher, Brendan Fletcher as Arthur Lambden and Jake Manley as George Waller. Based on a true Canadian story, this is the first time a feature film has been permitted to film on the sacred First Nations land near Wawa, Ontario.
“Brotherhood tells an essential tale not only because of its history, but because of the story of bravery, sacrifice and selflessness it reveals,” says Richard Bell, director. “It is an honour to bring a part of Canada’s rich past to the big screen.”
The film follows an infamous 1926 canoe trip the Brotherhood of St. Andrew leadership group took. When the teenagers’ canoe capsizes during a freak storm on Ontario’s Balsam Lake, the boys are sent into chaos and a fight for survival.
Brothethood is produced by Mehernaz Lentin of Industry Pictures (Portrait of a Serial Monogamist, Fall), alongside Anand Ramayya of Karma Film (Chokeslam, Rufus) and Jonathan Bronfman of JoBro Productions (The Witch, Two Lovers and a Bear).
Led by Fehr, Fletcher and Manley, the main cast also includes:
Brotherhood has acquired funding from Telefilm Canada, OMDC, Creative Saskatchewan, Shaw Rocket Fund, NOHFC, Super Channel, Aqute Media, and Level Film. 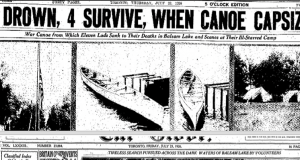