Don & Dawn with The Group of Seven 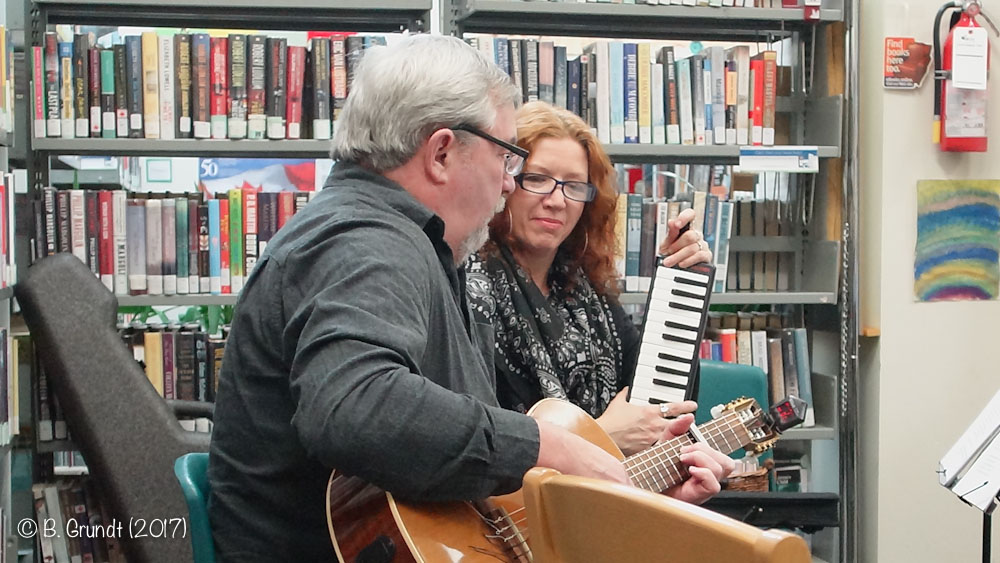 Last Wednesday, Don Charbonneau was joined by his daughter Dawn to present an evening of music at the Wawa Public Library. Together they played a selection of Don’s music from several of his albums. The evening’s focus was the Group of Seven and how they have played an integral part of the Algoma District and inspired many.

Don is not only a talented musician, but also a storyteller. He was full of wondrous facts and stories of the artists that made up the Group of Seven. He had many tidbits of information about them on the ACR and even in Wawa. A.Y. Jackson has a seat and easel on Sandy Beach where he has immortalized part of the beach in his paintings.

This was also a fundraiser for the Wawa Public Library.