Weather – We are expecting flurries today with a high of -12. Tonight there is a 60% chance of flurries with a low of -15.

Travel to the Sault tomorrow and points east may be difficult due to a low-pressure area that will bring an expected 15cm or more. Environment Canada warns that travelling conditions may deteriorate and become hazardous as a result.

Local – The Wawa Winter Carnival is just around the corner! Have you designed your ‘Where’s Waldo’ hat? Ready for the Artisan/Seller’s Fair? Pancake Breakfast with the Rotary Club of Wawa?

Push for Change is coming to Wawa next Wednesday. Sgt Byrnes is walking with Joe, she has been challenged to walk 120 kilometers and is hoping to collect a new pair of socks for each kilometre. You can drop off your socks at the MMCC in the donation box by the Pro Shop.

Provincial – The outcry against delivery rates continues to mount.

The $12.8 million jackpot in Saturday night’s Lotto 649 draw was won by a ticket sold in Ontario, and the draw’s $1 million dollar prize was claimed by a ticket purchased in the Prairies.

In case you didn’t know, today, February 6th, Queen Elizabeth II marks her Sapphire Jubilee, becoming the first British monarch to reign for 65 years. During her reign she has had 13 Prime Ministers serve from Winston Churchill to Theresa May. Queen Elizabeth II has met 12 U.S. presidents, from Herbert Hoover to Barack Obama.The only president during her reign that she did not meet was Lyndon B. Johnson. She is due to meet President Donald Trump when he comes to Britain later this year. 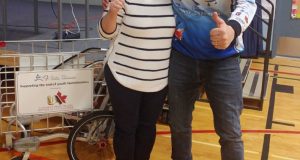 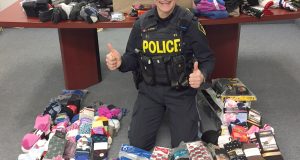 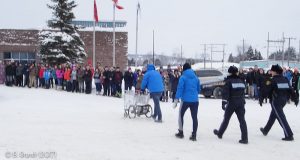 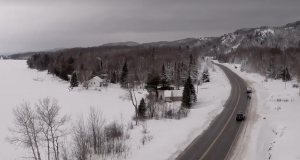