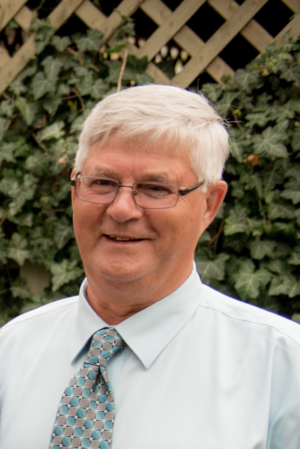 It is with great sadness that we announce the unexpected passing of Steve on Sunday, October 31, 2021 at the Lady Dunn Health Centre due to an infection resulting from his cancer treatment. Steve is survived by his wife Rose Ann of 51 years, his children Martha and David (Elisa), his grandchildren Makayla, Lachlan, and Mackenzie, and his siblings, Anita and George (Kathy). Steve is lovingly remembered by his extended family and friends.

Steve spent his childhood years growing up in Kirkland Lake, Ontario in a family with 7 siblings before making his way to the Wawa area. Steve met Rose Ann working in Batchawana Bay and together they moved to Wawa to work and start a family.  He lived here for 46 years and loved being at the camp on Hawk Lake. He worked for over 25 years at Algoma Ore Division in Wawa and Algoma Steel in Sault Ste. Marie. We laughed recently about how he gave his own brother 25 demerits for missing a shift and George promptly crumbled up that ticket with a few choice words. That was Steve and George.

Steve was a devoted member of Woodland Lodge No. 680 GRC A.F.& A.M. of the Grand Lodge of Canada in the Province of Ontario. He served Woodland as Worshipful Master in 1984-1985. In 1996 he took on the responsibility of District Secretary for Algoma East District. For the past several years he has been sitting “behind the desk” as Secretary of Woodland No. 680. If there was work to be done the sleeves were rolled up and he was on the job. Steve truly enjoyed Masonry and was well-known and respected throughout the Algoma East District. Each year he looked forward to making the annual trip to Grand Lodge in July. He very much enjoyed travelling and visiting with his brethren in other Lodges in the Algoma East District and indeed the province. His presence will certainly be missed by his brethren. Steve was also a faithful member of the Scottish Rite Valley of Sault Ste Marie for 41 years and received the 32nd degree. Steve was also a member of the Sault Shriners Club for many years.

In addition, Steve participated extensively in the community throughout his many years of living in Wawa. He volunteered with Scouts Canada as a scout leader and helped create a Rotary community camp at Twin Lakes. For his services to the community, he was honoured as a Paul Harris Fellow through the Rotary Club of Wawa. For decades, he also managed the annual lobster party that raised money for the Canadian Institute of Mining and Metallurgy (CIMM) bursary for a graduating high school student. Most recently, he was known as the “unofficial mayor” of Hawk Junction working on the Local Roads and Service Boards and managing the renovation of the community centre.

For those of you that knew Steve, you know his cooking had no less than 8 cloves of garlic, his stories were long with several meandering plot twists, and that he was constantly making ‘To Do’ lists.  Never one to sit still, he always had about 23 projects on the go but was never too busy to help a friend in need. He proudly built his first house in Wawa and the camp on Hawk Lake and renovated another house in Sault Ste Marie. In his younger years, you could always count on Steve to spend a weekend shingling a friend’s roof, pouring a cement pad, or helping to build a garage. In his retirement years, he focused more on using his homemade sawmill, drying wood, and making more lists about how he was going to use the wood around the camp.  His extra-large garage is full of tools, machinery, and more nails than anyone can use in a lifetime and is proof of his handyman talents.  Many stories have been shared sitting in that garage with a hot wood stove, cold cases of beer, and shots of rum. We know he is sorry that he didn’t get to finish the projects on his list.

Steve was a proud father, and he instilled his strong work ethic, determination, and unfortunately his bad habit of telling stories with too many details in his children Martha and David.  He encouraged education, working hard to achieve, and helping others. His advice and long phone calls that always ended with “love you lots” will be greatly missed.

Steve loved being a grandpa and was happy to share his love of the North with Makayla, Lachlan and Mackenzie. He often took them ice fishing, partridge hunting, and blueberry picking with the promise that Grandma Rose Ann would bake them her famous blueberry tea cake if they didn’t eat them all first. He taught them how to drive snow machines, unhook & clean fish, and light a good campfire.

Despite not getting to have his “last 10 good years”, Steve lived a full life and will be greatly missed by his family, friends, and community. To quote him directly, “It wasn’t the best, but it was the very best.” Steve was predeceased by his parents Walter and Martha Turyk and his sisters, Linda, Mary, Olga, Cathy, and Nancy.

The family thanks Dr. Dannica Switzer for all of her care and support during Steve’s illness.  We also thank the nursing staff at the Lady Dunn Health Centre and the Sault Area hospital that cared for Steve during his surgery and cancer treatments.

In honouring Steve’s wishes, there will be no funeral service. What would have made Steve the happiest is for everyone to go have a beer with a friend and tell long rambling stories about ice fishing, Algoma Ore Division, and grandchildren. A Celebration of his Life will be planned in the spring. To honor his memory, donations to the Lady Dunn Health Centre Foundation (www.ldhc.com/Foundation/Donate-Online) would be appreciated.

To share a memory of Steve or send a condolence to his family please visit www.northwoodfuneral.com. Arrangements entrusted to Northwood Funeral Home Cremation and Reception Centre, Sault Ste. Marie. 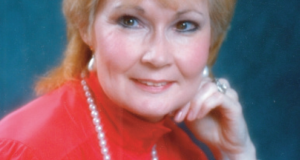