The Rotary Club of Wawa is celebrating its 60th year of “Service above Self”! The following a just a few highlights of past projects we have enjoyed being a part of. As a Community, YOU have been great supporters of our efforts. For that, we are truly grateful! 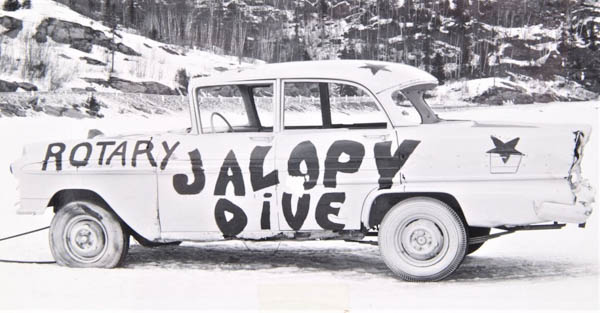 Jalopy Dive: This was one of our earliest fundraisers here in Wawa.  The Rotary Club would sell tickets with a date and time on when the Jalopy would sink into Wawa Lake in the Spring! Once it did, it was another job to go into Wawa Lake with our local scuba divers to hook up the jalopy and drag it back out.  Lamon Motors was very instrumental in helping us with this project. Our very own Les Calkins was a certified diver! 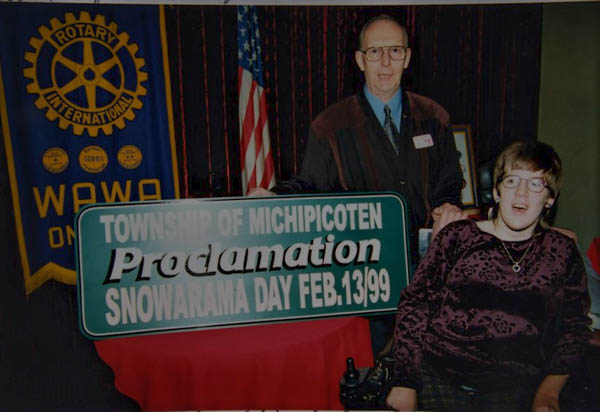 Snowarama: Another major fundraiser in our community.  We had a number of supporters that worked diligently to raise funds to help out our very own local Timmy(s) and Tammy(s).  This was done for a number of years until the Easter Seals changed the way the money was distributed. Our community was not receiving the funds we had raised as it was now being centralized in Sudbury.  The Rotary Club chose not to participate and we went in another direction. 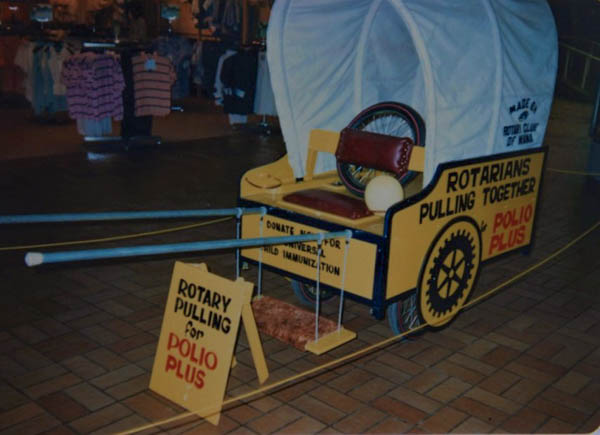 The wagon was pulled by local Rotarians to Alona Bay where they were met by Rotarians from Sault Ste Marie, who then proceeded to take it to the Sault where it was on display at the Station Mall for a time being.  Eventually, it ended up at a Rotary District Conference down in Petosky, Michigan.

Rotary International has been supporting the fight against Polio since 1985. Later, the Bill and Melinda Gates Foundation came on board with matching funds of $2 for every $1 raised by Rotary! We have now been able to eradicate Polio from most of the world.  We only have one country that still has the virus. That is Afghanistan.  Our work continues until we can eradicate it off the face of the earth! 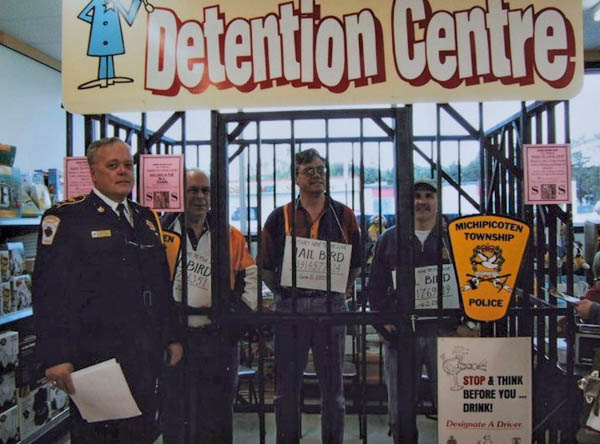 9-5 Live What a blast this project was in its day! With the co-operation of the Township Police and agreeable Rotarians, business people and citizens of Wawa many funds were raised locally.  A committee would make up ingenious charges and a Summons would be issued to the participants.  Failing to pay their fine, they would be picked up by the local police and “jailed” until they could make bail!  All funds raised in this venture went right back into our community!

The Rotary Club of Wawa continues with various other fundraisers each year!  More to come next week!

Interested in joining in the fun of Service? Email [email protected] or talk to any local Rotarian. We would love to hear from you!