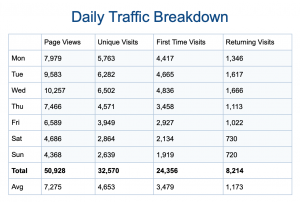 There are sixteen fires active across the Northeast region, all of which are being observed. The fire hazard is low south of North Bay, and varies from low to high for the majority of areas north of North Bay. A small portion of the Cochrane sector is showing an extreme fire hazard this afternoon.

At this time there are 20 active fires in the Northwest Region. Fourteen of the fires are not under control, two fires are being held, one fire is under control and three fires are being observed. Two fires were declared out today. The forest fire hazard is mainly high to extreme with some areas of low to moderate hazard along the Ontario/Minnesota border.

More bad news for the Station Mall in the Soo. Earlier Davids Tea and Alia n TanJay notified that they were closed, now Le Chateau joins them. On the other hand, the Soo is investigating ways to create popup markets in order to encourage small entrepreneurs. This is the same thing that the Wawa EDC is working on with the Goose Nest Market.

Premier Doug Ford will be joined by Christine Elliott, Deputy Premier and Minister of Health, and Solicitor General Sylvia Jones to make an announcement at 1 p.m.