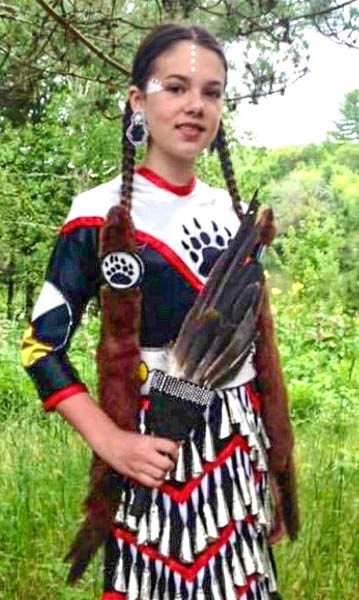 Katrina Keech, a grade 12 student at École secondaire catholique Trillium (Chapleau), is an exceptional young woman who has persevered in maintaining a healthy and balanced lifestyle while excelling at school. During her time in high school, Katrina took part in several sports and improv teams while remaining active in the community.

Katrina demonstrates great passion and pride for her Aboriginal heritage and stands out for her continued commitment to her culture. A member of the Mississauga First Nation, Katrina contributes to several pow-wows in Northern Ontario as a jingle dress dancer. In addition, she participates as a dancer and drummer with members of the Chapleau Cree First Nation during community activities such as gatherings and presentations for seniors.

Recognized for her strength of character, she often helps others. She also asserts herself on a regular basis by defending the rights of her people and by making others aware of unacceptable distresses such as the case of missing and murdered Aboriginal women in Canada. Katrina will no doubt continue to live her culture when she begins post-secondary studies at Algoma University in September. 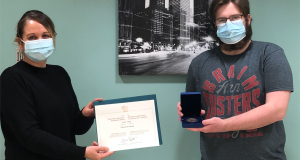 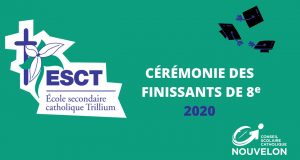 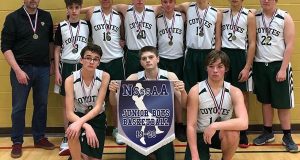 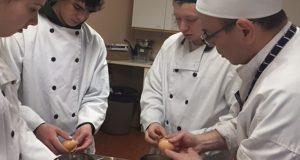