Parents of children and youth with autism are telling Todd Smith to end the delays and get a new needs-based program up and running. They will express their impatience on Friday, October 18, 2019, between 11:00am and 1:00pm at the Ministry offices, 438 University Avenue, Toronto. The hashtag for the event is #TickTockTodd.

Despite his promise to parents that his advisory panel of experts would complete its work by the end of August, Todd Smith now says the report will be completed in November. This delay is the latest in a series of missed deadlines that will hold up the arrival of the new program until nearly two years after the Ford government was elected.

“One of Lisa MacLeod’s first acts as Minister was to suspend the intake of new kids into the old program,” says Angela Brandt, Director of Research for the Ontario Autism Coalition. “That freeze, and subsequent delays have added nearly two years to wait times for life-changing therapy,”

The expert panel that was promised on April 2 did not meet until June 20, nearly three months later. Even now, having admitted four months ago that he had bungled the autism file and wanted a “do over,” Doug Ford’s minister has told parents they have to wait another six months for the solution that their children desperately need. If the trend of missed deadlines continues, parents worry that delivery of the new program will take even longer.

Meanwhile, the government persists in issuing their flawed one-size-fits-all childhood budgets. That has driven Kerry Monaghan from Ottawa to tears because the funding she received in July has already run out. “What the government calls transparency is translucent at best. We simply can’t plan for our child’s future under these circumstances.”

The frustration is felt by families across Ontario. “I have two boys who are on the autism program waitlist and they haven’t started service yet. The delay is harmful to them. They’re more than a year older than when this madness started, and early intervention is critical,” says Amanda Mooyer in York Region. “This government’s promises are like a parade of turtles—nothing happens when Doug Ford’s people say it will.” 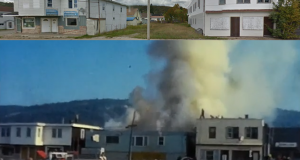 Manitoulin OPP – Arrest made after Complaint

St. Monica’s Church  is welcoming parishioners back to weekend mass. The church will be open for Mass: Saturday – June 20, 7:00 PM Sunday – June 21, 9:00 AM Parishioners are asked to follow these ...
View Calendar
Add