No such thing as a guarantee

A short while ago I allowed myself to be influenced by marketing and persuasion and purchased a kitchen appliance that guaranteed the best home cooked meals, requiring only a fraction of the time and effort to prepare, cook and clean up. I knew better than to believe everything they said, but I admit my taste buds and stomach juices got the better of me. Hey, I’m human.

Without me saying a word about what happened when I received the item and started using it, you already know the end of the story. But fortunately, I heard my mom’s voice whispering in my ear, reminding me to hang on to the receipt. Listening to Mom’s advice meant that I was able to get a full refund because the product came with a money-back guarantee.

When I first decided to throw my hat into the political arena, I knew full well that I was stepping into one of those Science Fiction portals to a new dimension. You don’t have to be a politician or even follow politics to know how incredibly uncertain things are in that alternate world of politics. The political dimension is as topsy-turvy as they come. And for sure, in politics, there is no such thing as a guarantee.

About a year and a half ago, Ontarians signed up for a course under the tutelage of Professor Ford to learn the difference between real-world guarantees and those originating in the political dimension. Take a moment and think about all of the guarantees and promises Doug Ford made before, during and since the last election.

It’s important to note too that Ford’s guarantees just keep coming despite a real lack of success in meeting the terms of previous ones. Ontarians remember Ford campaigned on a promise to fix a broken healthcare system and end hallway medicine. Just days ago, speaking from Saskatoon, Doug Ford announced to all of Canada that his government has successfully addressed hallway medicine and that the practice would end within a year. I know that night I heard a resounding, choral “What?!” from all Ontarians as they watched the news that night.

Days later, Health Minister Christine Elliott personified her role as a living “fine print guarantee clause” by walking Ford’s comments back. When challenged on Ford’s statement Minister Elliott defended Ford’s comment saying that the Conservatives have only taken the initial steps to address the problem of hallway medicine. She tried to qualify Ford’s comments by saying, “The premier was expressing wishes that we all have, that we all want hallway medicine ended today but the reality is that can’t happen yet.”

Remember Doug Ford promising over and over again that not one person would lose their job as a result of government cutbacks? Tell that to the thousands of teachers who won’t have a class to teach this year because they were laid off as a result of increased class sizes.  Tell that to the 400 health sector workers who are being laid off due to merging 20 agencies into one.

Doug Ford laid off hundreds of full-time health care staff and cut over 800 health care jobs. Ford’s 2019 budget slashed $2.7 billion from health care spending over the next two years. And he’s siphoning health care dollars into his creation of a super-bureaucracy, as part of changes to the health care system that will also give private, for-profit corporations an unprecedented chance to make money off health care in Ontario.

When in Sudbury recently, Ford was reminded of his campaign promise that not one job would be lost as a result of government cuts. Ford and Elliott once again must have referred to the fine print clause by claiming that what he meant was, “No front-line person will lose a job.” Ironically this new ‘walk back’ came on the heels of the announcement that a treatment centre for children with disabilities was forced to eliminate 291 fulltime positions.

It’s clear Ontarians are not heeding Ford’s lessons because, according to a survey conducted by Corbett Communications this month, 60 percent of Ontarians believe the Ford Government is corrupt. As well the survey shows that only 20 percent of Ontarians think the Ford Government is doing a good job, while a full 69 percent indicate the PCs are doing a poor job. People also say that Doug Ford does not care about regular people and say his slogan For the People is not at all fitting. Survey creator John Corbett summed up the survey nicely stating that looking specifically at Conservative voters, “There’s a measure of buyer’s remorse among a large proportion of the Conservative voter population in Ontario.”

From all the attention on Ford, his ever-growing cabinet and long lines of friends and relatives who have benefited from patronage appointments and sweet deals, it seems that Ontarians are truly learning from all the hard lessons that Professor Fordis bestowing upon us. They are learning that guarantees and promises made in Ford’s political dimension are printed on Teflon. Ontarians are learning that in Ford’spolitical dimension words are able to be added or dropped and meanings morphed.

Unfortunately, in the political world, there is no money-back guarantee for voters when the product does not perform as promised.

As always, please feel free to contact my office about these issues, or any other provincial matters. You can reach my constituency office by email at [email protected]or by phone at 705-461-9710 or Toll-free 1-800-831-1899.

Michael Mantha is a politician in Ontario, Canada. He is a New Democratic member of the Legislative Assembly of Ontario who was elected in 2011. He's the NDP critic for Indigenous Relations and Reconciliation and critic for Northern Development and Mines. He represents the riding of Algoma—Manitoulin. 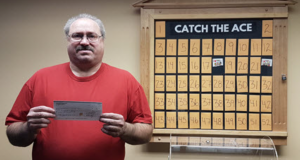 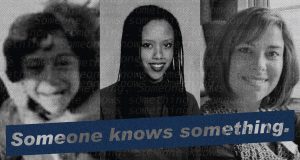 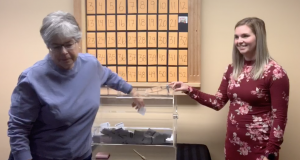