The Ontario NDP has introduced a motion to declare a climate emergency in Ontario.

“Climate change is no longer only about our climate future. It is an imminent emergency. It is happening now,” said Official Opposition Leader Andrea Horwath.

Research shows that the window for staving off the worst of effects of climate change is rapidly closing, and projections show that the cost of doing nothing is much greater than the cost of taking action. Passing the climate emergency motion is an opportunity for Doug Ford to reverse course and join the millions of Ontarians committed to fighting climate change.

“Declaring a climate emergency is an opportunity for Queen’s Park to change direction, and take on the biggest challenge humankind has ever faced,” said Horwath. 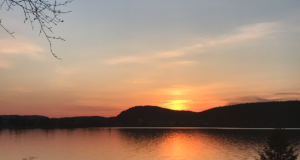 NDP continues fight for seniors left behind in budget