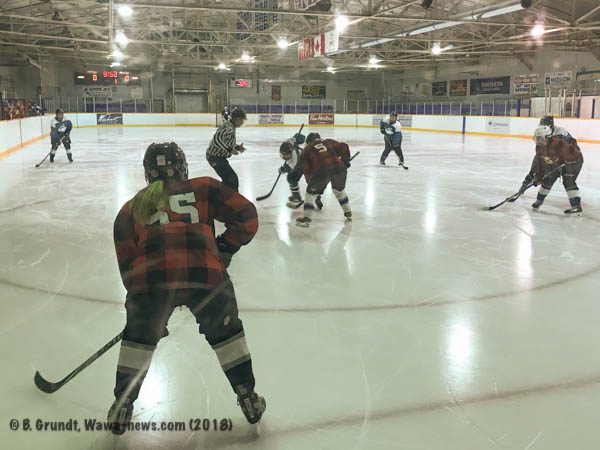 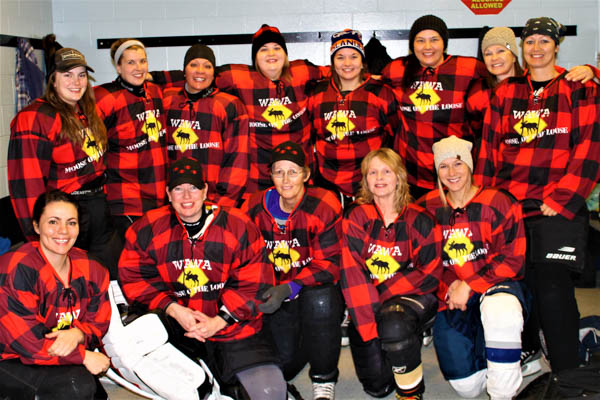 The weekend brought 6 women’s recreational teams to Wawa to battle it out for cash prizes at the Michipicoten Memorial Community Center. Wawa’s Moose on the Loose sporting (in true “Canadian” fashion) their red/black buffalo plaid jerseys opened the round robin with a 6-4 win against Zero Pucks Given from Sault Ste. Marie. The round robin play saw the local team finish 2-1, but a loss in the semi-final on Sunday morning against Sault Ste. Marie’s Power Rangers closed out their weekend. 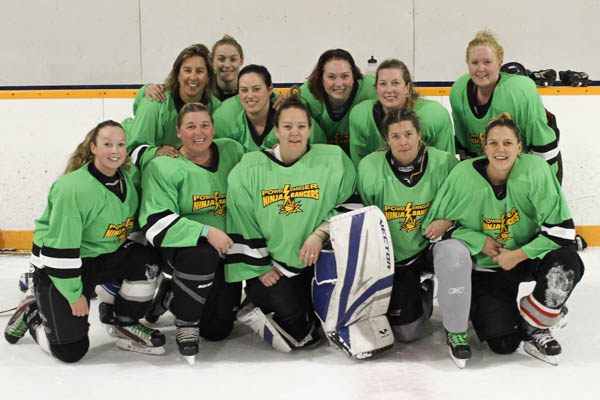 The final game saw the Power Ranger’s (SSM) win over Zero Pucks Given (SSM) Congratulations to all of the players. Prior to the final game, 3 separate draws were held. 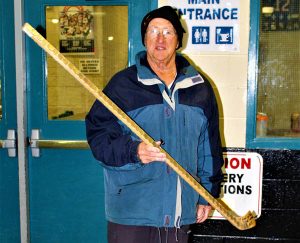 The winner of the Golden Stick (a hockey stick covered with 100 loonies) generously donated by North of 17 Restaurant was won by Jack Aikenhead of Wawa.

A second golden stick generously donated by Caroline Desgagne was won by Annie MacPherson of Timmins.

The final draw for a $75.00 gift certificate at North 17 Restaurant was won by Lise Noel of Wawa.

The Wawa Women’s’ Hockey association wishes to thank all of the volunteers, arena staff, spectators, and businesses for contributing to another successful event. Our success would not be possible without your time and generosity.

The Wawa Women’s Hockey Association wishes to thank all who assisted in contributing to a successful event.

In addition to all of the volunteers and spectators; thank you for your continued support.

See you next year!