On September 25, 2017 at approximately 11:50 p.m. officers of the Ontario Provincial Police (OPP) Manitouwadge detachment received a report regarding a motor vehicle driving recklessly at high rates of speed and squealing tires in the Township of Manitouwadge.

As a result, the 28 year old male driver, Jamie Jean-Guy BELLEROSE of Manitouwadge, ON was arrested and charged with:

The male was later released on a Promise to Appear with a court date of November 8, 2017 at the Ontario Court of Justice in Manitouwadge to answer to the charges.

The public is encouraged to call 911 or contact police at 1-800-310-1122 whenever suspecting that a driver is impaired while operating a motor vehicle whether it is a Car, Truck, Motorcycle, ATV, Snowmobile, Boat or even an Airplane. 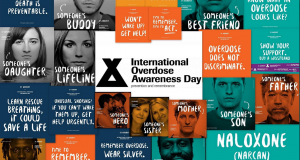 Ronald Taverner is new Commissioner of the Ontario Provincial Police