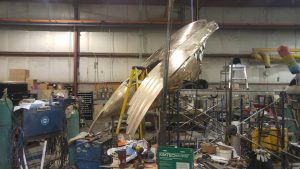 The Municipality of Wawa, Algoma Power Inc. and its parent company FortisOntario Inc. are excited to announce the results of the April Donation Matching Drive. In March, Algoma Power announced their decision to commit to a $40,000 donation toward the rebuild and continued maintenance of the Wawa Goose Monument.

Shortly after that, another announcement released by Algoma Power detailing their commitment to a donation matching drive during the month of April 2017. In an effort to promote and encourage public donations to the Wawa Goose, Algoma Power promised to match, dollar for dollar, any donation made to the Wawa Goose during the month of April, up to a maximum of $15,000; over and above the initial $40,000 commitment.

Upon final tally and confirmation from the finance department at the Municipality, the official amount that will be matched by Algoma Power from the April Drive is $11,290. Indeed, a prime example of how vested the public is, in making the rebuild and lasting existence of the iconic Wawa Goose monument come to fruition! As a result of this initiative, Algoma Power is proud to announce that its matching donation, will be rounded to $12,000. When combined with the initial $40,000, Algoma Power will contribute a total of $52,000!

Algoma Power’s Regional Manager, Jennifer Rose had this to say, “We couldn’t be happier to see this final amount from all of the public donations made during our donation matching drive. When you take into account the public donations, plus those of Algoma Power, the drive has resulted in an excess of $63,000. What an impressive number! I think it’s evident that the Wawa Goose holds a special place in many people’s hearts and with this money raised, will continue to do so for many years to come.”

Anticipation is increasing as we are nearing the Community of Wawa’s celebration on July 1st, when the new Goose will officially be unveiled. From near and far, many will be in attendance, to mark this historical moment. If you have yet to confirm your plans for Canada’s 150th Birthday, make Wawa your destination!

FortisOntario’s President and CEO, Scott Hawkes will be in attendance, “I am very excited to make the trip to Wawa for the much anticipated reveal of the new Wawa Goose. Algoma Power’s matching drive campaign was a success, and driven by our customers’ generosity. We are pleased to be part of this historic event and look forward to celebrating Canada’s 150th in Wawa.” 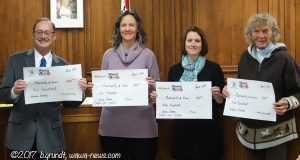 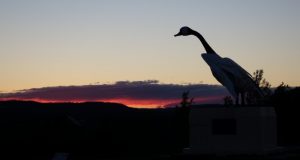