At last night’s Dubreuilville Council Meeting, members of the Royal Bank of Canada spoke to Mayor and Council about the impending closure of the local branch.

It was quite clear from the meeting that Royal Bank of Canada is closing the Dubreuilville Branch. The decision has been made, and no details were forthcoming about the financial reasons, only that the branch has seen a 25% drop yearly over the past four years. It was explained that currently, the branch sees an average of four clients hourly. RBC also cited the move by clients to telephone or electronic banking for the decline of ‘in person’ services at the branch.

There was no disclosure on what the value of clientele in Dubreuilville is worth to RBC, nor a reason that they are removing services, ten years after the closure of Dubreuilville Forest Products – and what the community sees as the current surge in economic rebuilding.

Mayor and Council were very upset at the notice and felt that they had been caught unaware by the announcement to clients of the impending closure. They were dismayed that the RBC had not consulted the Municipality about possible reductions of service to perhaps Tuesday and Thursday 12 – 3. There were concerns about the businesses that do make cash deposits and require change. Council questioned how they can continue to promote Dubreuilville as a growing community ‘open for business’ without a bank offering physical services.

Members of the community also expressed their concerns in travelling to Wawa to conduct business with RBC with the frequent amount of road closures. At the time of this report, Highway 17 has been closed since noon, and remains closed due to poor weather and road conditions.

The difficulty with the provision of internet services within the community was also of great concern. With RBC stressing that banking services are available online, several councillors detailed their difficulties in obtaining internet service and the cost. Currently one could expect to pay $75 for 50GB of data (compared to a cost of $100 for 750 GB in Sudbury). Customers (with Bell) have also cited that if they disconnect their service, and then tried to book at a new address, internet service is unavailable for ‘new’ clients.

MP Carol Hughes, asked if it would be possible for RBC to waive any penalties/transfer fees for clients who will be looking for another financial provider. Cited was the fact that if a client will have to travel to Wawa for ‘in person’ banking services, that there is the Northern Credit Union – Wawa for them to now consider; or perhaps further afield if only electronic banking is needed. The response was that if penalties were part of a contract, that would be upheld. MP Hughes explained that RBC had to power to remove penalties/transfer fees for their clients, and felt that would be appropriate to do since they were economically stranding the community by closing the branch.

RBC continued to stress throughout the meeting that full banking services would be available for Dubreuilville residents in Wawa. It was also said that all residents of Dubreuilville would retain a Dubreuilville Branch account number even though they would now be serviced through Wawa. (Dubreuilville transit number is 1252, Wawa is 7722).

In the near future, RBC will provide ‘advice clinics’ to help clients transition to telephone or electronic banking. RBC will also be approaching the municipality of Dubreuiville to ‘see’ how the lease for space for the ATM they will be leaving behind for clients will be negotiated. They will also look into the possiblity of offering a free wifi hotspot at the ATM location for clients to do online banking.

The Royal Bank of Canada (RBC) has been providing banking services to the community of Dubreuilville for the past 40 some years.

In December 2009, RBC announced that they would be closing the Iron Bridge Branch and amalgamating it with the branch in Blind River on March 26th, 2010. The Northern Credit Union opened a branch there in March 2010.

In February 2017, the residents of Massey were told that their RBC Branch would be closed and amalgamated with the Espanola Branch, citing debit card usage and online banking as the cause. The Township of Massey has since received a letter from the Northern Credit Union inquiring about possible interest in Massey to open a credit union in town. 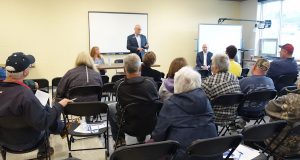 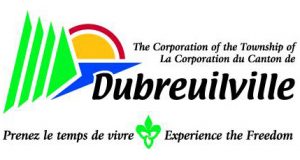 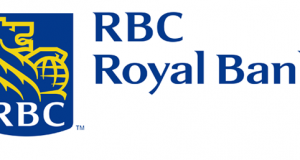