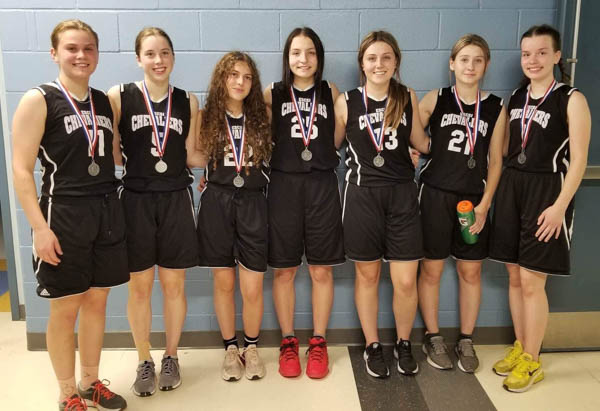 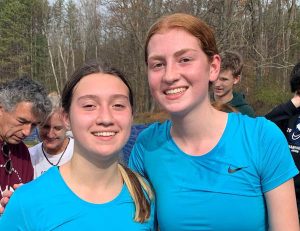 Since the start of the school year and the return of sports competitions, the Chevaliers of École secondaire Saint-Joseph (Wawa) have performed great feats! The junior and senior girls’ basketball teams as well as the junior boys’ volleyball team were able to qualify for the North Shore Secondary Schools Athletic Association (NSSSAA) finals. The cross-country running team stood out at the Northwestern Ontario Secondary Schools Athletic Association (NWOSSA) competition held in Thunder Bay. While qualifying for the provincial championship (OFSAA), some ÉS Saint-Joseph athletes achieved their best personal result of the season. Congratulations to the Knights! 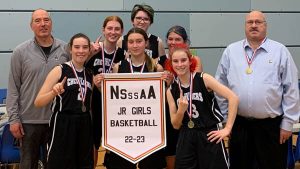 Having won the East Division, the senior girls’ team hosted the NSSSAA basketball finals on November 14. The ÉS Saint-Joseph Chevaliers junior roster enjoyed great success and earned the coveted championship banner. We also highlight the participation of the junior boys’ volleyball team and the senior girls’ basketball team of ÉS Saint-Joseph, who represented the school well in the NSSSAA championship. We warmly thank the coaches who shared their passion and expertise with the athletes.

This Media Release
This is a media release by the organization. If you would like to send Wawa-news.com a media release to be published, send it to Brenda Stockton, Editor/Publisher, [email protected]om