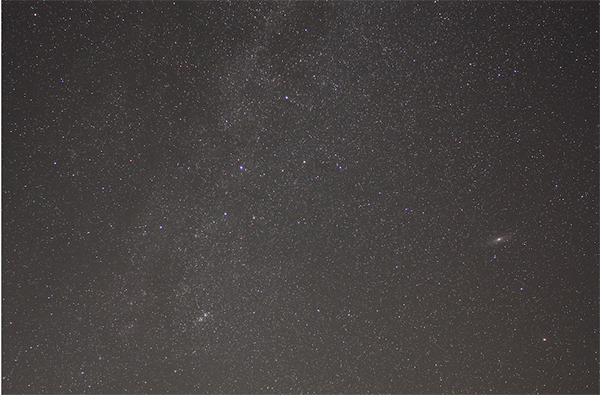 As the sun sets in the west, the sky slowly turns pastel shades from light to dark blue. This is my favourite time of evening as the brighter stars and planets begin to reveal themselves. Over the next twenty minutes, more tiny dots emerge like celestial popcorn. About an hour after sunset, the sky is full of stars as viewed from the countryside on a moonless night.

Warm September nights still allow us to gaze at our lovely Milky Way. Stretching from the heaviest concentration of stars in the south which is the galactic centre, all the way to the northeast and this is where we see the iconic “W” symbolizing Cassiopeia the Queen. This is a circumpolar constellation meaning it never sets as seen from Canadian soil. Although these five stars might look the same, they range in distance from 55 to 613 light-years away.

In Greek mythology, King Cephus and Queen Cassiopeia ruled the land. She often boasted that she was the most beautiful of all. Legend states that the sea god Poseidon was not pleased with Cassiopeia’s statement of her vanity and forced the King and Queen to sacrifice their daughter Andromeda to the sea monster Cetus. However, our hero Perseus who was returning from slaying the Medusa rescues Andromeda in the nick of time as they ride off on his winged horse Pegasus. This story depicting six constellations is sometimes referred to as the “Royal Family of Constellations”.

To date, 26 exoplanets are orbiting 17 stars. One star catalogued HD 219134 located 21 light-years away has seven bodies circling it. The closest exoplanet takes a mere 3 days to orbit the star while the farthest takes 2,220 days. Aside from the individual stars, there is a lovely star cluster with catalogue number M52 located 500 light-years away. You will need binoculars to see this open cluster superimposed in front of the further Milky Way stars.

A beautiful object located in the constellation Perseus is called the Double Cluster and are two side-by-side star clusters located 7,300 and 7,700 light-years away. The constellation Perseus is located below the “W”. On a clear moonless night, away from light sources, the Double Cluster is seen naked-eye meaning without using any optical aid. A few hundred young hot supergiant stars reside in the two clusters. And that smudge to Cassiopeia’s right is the Andromeda Galaxy. At two and a quarter million light-years away it is the closest galaxy to us. The light you see left the Andromeda Galaxy when Homo Hibilus was walking the earth two and a quarter million years ago.