Status of COVID-19cases in Algoma

There are four active cases of COVID-19 in the Algoma District today (Sault Ste. Marie and Area).

The fire hazard is mostly low to moderate on the eastern half of the region, while areas west of Timmins and Greater Sudbury in the Northeast Region are maintaining a mostly high hazard to extreme fire hazard this afternoon.

The wildland fire hazard is high to extreme in the southern Nipigon and Thunder Bay districts as well as a few areas of Red Lake district. The rest of the region is low to moderate following scattered amounts of rain.

ON511 continues to warn that along Hwy 105 (north of Ear Falls and Red Lake area), visibility can be reduced due to smoke from nearby forest fires. Please make sure your headlights are on and use caution travelling Hwy 105 northerly to Red Lake. 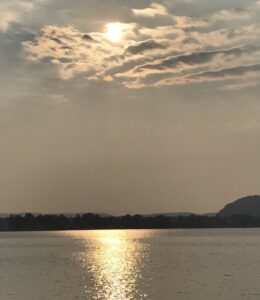 Algoma Public Health (APH) is cautioning anyone who uses street drugs to take extra precautions at this time, as there have been reports of increased opioid-related harms in Algoma. APH is also asking all members of the community to continue their support for residents at risk of opioid poisonings and their loved ones.

Robby Steinhardt, the violinist, co-founder and co-lead vocalist of the rock band Kansas, died last Saturday at the age of 71.

Monte McNaughton, Minister of Labour, Training and Skills Development, will be joined by Deepak Anand, Parliamentary Assistant to the Minister, and Robin Martin, MPP for Eglinton—Lawrence, to make an announcement about a training initiative to help workers impacted by the pandemic at 9 a.m.

Jane McKenna, Associate Minister of Children and Women’s Issues and Donna Skelly, MPP for Flamborough—Glanbrook, to make an announcement about child welfare redesign and anti-Black racism at 10 a.m.

Steve Clark, Minister of Municipal Affairs and Housing, will be joined by Daisy Wai, MPP for Richmond Hill, as well as members of the Toronto and Region Conservation Authority and Greenbelt Foundation, to make an announcement at 10 a.m.

Jill Dunlop, Minister of Colleges and Universities to make an announcement at 12:45 p.m.

At 10:56 p.m. on July 20th, 1969, astronaut Neil Armstrong, took his first step on the moon, 240,000 miles from Earth, speaks these words to more than a billion people listening at home: “That’s one small step for man, one giant leap for mankind.”