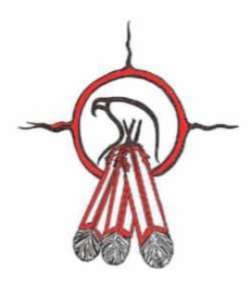 Chief Dean Owen and Pikangikum Band Council acted quickly and decisively yesterday to expel the Ontario Provincial Police Force amid allegations for incidents involving constables that occurred in the Community over many years. “Pikangikum needs to know about potential threats to our Community, especially when that threat comes from the people we entrust to protect our members,” said Pikangikum Chief Dean Owen. “This is not a course of action we take likely and the consequences are far reaching. Trust between our organizations has been broken and has caused an unsafe situation within Pikangikum which can easily escalate.”

The removal of the OPP has affected other Community service providers such as the community’s nursing station. The health facility has altered their operations and staff scheduling based on the current situation. The result of these changes means that the Community is left without 24/7 health services as the nursing staff is being flown out each night by Indigenous Services Canada in response to the developing situation.

Chief Owen stated “there are long standing issues with the OPP which have been left unresolved over time. This most recent incident brings these issues to light again. As a result, we require immediate attention by government to discuss next steps with Pikangikum leadership in order to ensure the immediate and ongoing safety of the Community while longer term solutions are formulated.”

Chief Owen concluded that “the OPP will remain expelled from the Community until we receive an acceptable response from government as the safety of our community members, especially our youth, hangs in the balance.”

As a result of a Band Council Resolution (BCR) from the Chief and Council, all Ontario Provincial Police (OPP) members have withdrawn from the Pikangikum First Nation. The ten OPP members returned to their home locations on Friday, March 19, 2021.

Due to allegations of misconduct involving OPP members, the OPP has proactively contacted Ontario’s Special Investigations Unit (SIU), which has invoked its mandate. As a result, the OPP cannot comment on those allegations.

Any decision as to whether OPP members return to support community safety in Pikangikum ultimately rests with the Chief and Band Council. In the meantime, Pikangikum Police and First Nations Peacekeepers will be responsible for policing and community safety services until further notice.

Pikangikum First Nation is policed under the Ontario First Nations Policing Agreement (OFNPA) by First Nations constables employed by the community and supported by the OPP. The OFNPA is a tri-partite policing agreement between the signatory communities, the Federal Government and the Provincial Government. The OPP administers the OFNPA, on behalf of the signatories of the agreement.

The OPP has a history of supportive, respectful and positive presence in Pikangikum, including wholehearted support and advocating for stand-alone Indigenous policing services for Indigenous communities. Allegations against our members are taken seriously, and the safety and security of all Ontarians remains our priority.