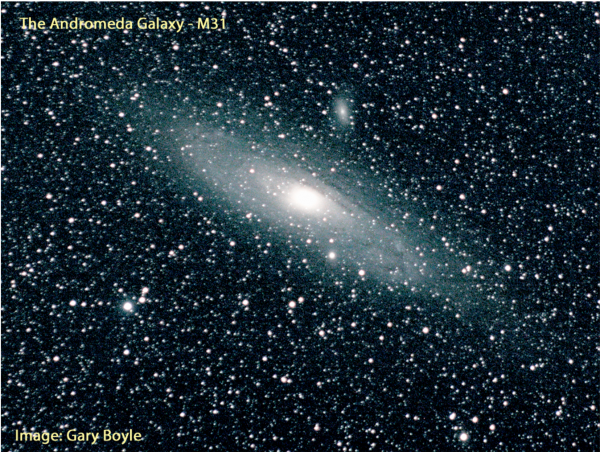 Looking up at a clear sky is something we do naturally, whether you are taking a late-night stroll, walking the dog or just relaxing on the deck. Without the aid of binoculars or a telescope, our eyes have a difficult time seeing faint celestial objects that reside in the universe. We do see simple bright objects like the moon and bright stars and planets but that is the limit our one-power eyeballs can see. However, this is not always the case.

As a majority of people live in or around light-polluted cities and towns, the true night sky is hidden behind a dome of scattered light. To appreciate the wonders of the cosmos, a trip to the countryside on a moonless night, away from all lights is a must. Once you experience being under a blanket of distant suns, your mind will fill with so many questions. The most common being “are we alone”?

Every star you see in the sky belongs to our galaxy including the grayish band that stretches high overhead. This is what the Romans called the “Via Lactia”, the Milky Way and is the collective glow of starlight. There are an estimated 250 billion stars in our galaxy which from afar looks like a pancake disk more than 100,000 light-years in length and a few light-years thick with a larger bulge in the middle called the nucleus. 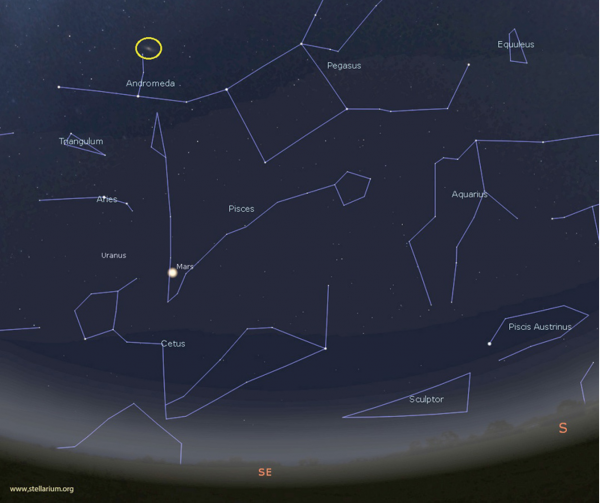 Our galaxy is one of an estimated two trillion in the observable universe. This was not the case before the night of October 5, 1923, when Edwin Hubble image a faint patch of light in the constellation Andromeda with a 100-inch telescope. It was determined this was “another” galaxy. The Milky Way was no longer a unique object but one of many. You can see this galaxy on a clear night from a dark sky even without a telescope or binoculars. It is called the Andromeda Galaxy and is located two and a quarter million light-years away. That means the photons of light that enter your eyes left the galaxy two and a quarter million years ago.

This was the same time that Homo Hibilus was walking the earth. The Andromeda Galaxy is the closest galaxy to ours and looks like a little smudge. It is catalogued as Messier 31 or M31 for short and is much wider than our galaxy containing as many as a trillion stars. M31 is the only galaxy that can be seen with the naked eye but there are a few star clusters and nebulas that reside in the Milky Way that are bright enough to glimpse without optical aid.