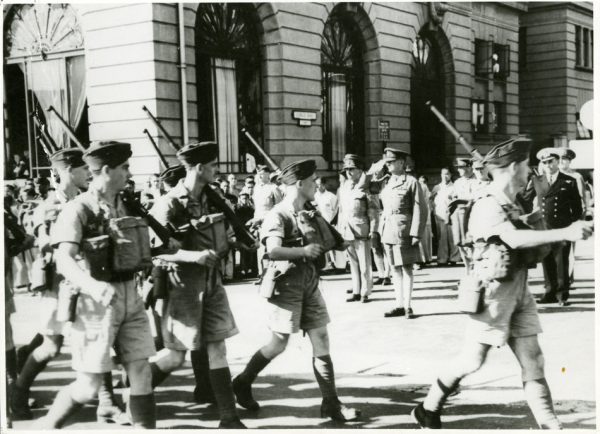 This year marks the 75th anniversary of the end of the Second World War, which finally drew to a close with the surrender of Japan on August 15, 1945. Canada at War Against Japan, 1941–1945 — an online exhibition launched today — explores the war with Japan and its impact on Canadians, both overseas and on the home front.


Produced by the Canadian War Museum, this exhibition presents the Battle of Hong Kong, along with the harrowing experiences of Canadians in Japanese prisoner-of-war camps, and their rescue at the end of the conflict. The exhibition also reflects upon racism toward Japanese Canadians — resulting in their forced relocation and loss of homes, businesses and property — and ends with a look at the legacy of the war against Japan in a dramatically changed post-war world.


“Canada’s contributions to the war against Japan are often overshadowed by Canadian participation in the Allied campaigns against Germany and Italy,” said Caroline Dromaguet, Acting Director General of the Canadian War Museum. “The Battle of Hong Kong was a particularly difficult loss, resulting in tremendous hardship for Canadians who became prisoners of war. The war also, however, led to a tragic miscarriage of justice for Japanese Canadians here at home.”


Through 15 key images, 6 maps, informative text and first-hand accounts, online visitors can learn about the Battle of Hong Kong, the Canadian prisoner-of-war experience, and campaigns in the Aleutian Islands, Southeast Asia and the Pacific. The exhibition also explores the service of Chinese Canadians in Asia, and the enduring legacy, 75 years later, of Canadian experiences during the war against Japan.


Canada at War Against Japan, 1941–1945 is one of several initiatives developed by the Canadian War Museum to mark the 75th anniversary of the end of the Second World War. The exhibition is now available at warmuseum.ca/war-against-japan.