On Thursday, NDP MPP for Windsor-Tecumseh, Percy Hatfield, will debate his private member’s bill to create a Poet Laureate of Ontario, and establish the role in memory of Gord Downie, late frontman of The Tragically Hip. The  beloved singer and iconic frontman for the Juno Award-winning Kingston band, Downie was also a published poet.

“Naming the Poet Laureate Bill after Gord Downie is a fitting tribute to his memory and his legacy,” Hatfield said. Downie died in 2017 from a rare form of brain cancer. In his last years, Downie was an outspoken advocate for reconciliation with Canada’s First Nation’s Peoples. “Ontario’s Poet Laureate would act as Ontario’s literacy ambassador, traveling around the province to bring attention to Ontario’s great poets and works of poetry, as well as the beauty and value of poetry in our society,” Hatfield said. “The Poet Laureate would lead workshops, take part in poetry readings and encourage students to engage with poetry at school.”

Music journalist and author Michael Barclay wrote in Macleans that, “Downie is considered by a lay audience as one of Canada’s greatest poets. Poetry and pop music are not strangers of course, just ask the committee who granted Bob Dylan the 2016 Nobel Prize for Literature.”

Quotes from Canadian poets in support of Hatfield’s bill:

“Poems by the Poet Laureate of Ontario will transform events into memorable, lasting experiences of pride and inspiration. The opening of a hospital, a bridge, a library, or an arena honoured by poetry will create a climate for citizens to treasure the past, take pride in the present, open pathways to the future. — Mary Ann Mulhern, Poet Laureate of the City of Windsor

“Ontario’s poetry is one of its greatest resources, if a lesser known one. Far-seeing Ontario cities such as Windsor and Toronto have spearheaded the growing, worldwide revival of the ancient role of Poet Laureate, and it is right and good to find the Province of Ontario adding momentum to this encouraging movement.” — A. F. Moritz, Poet Laureate of the City of Toronto

This Media Release
This is a media release by the organization. If you would like to send Wawa-news.com a media release to be published, send it to Brenda Stockton, Editor/Publisher, [email protected]-news.com 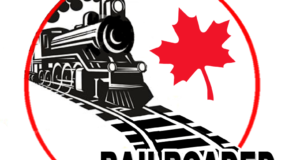 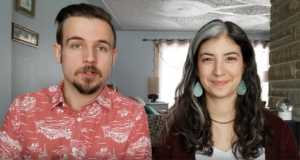