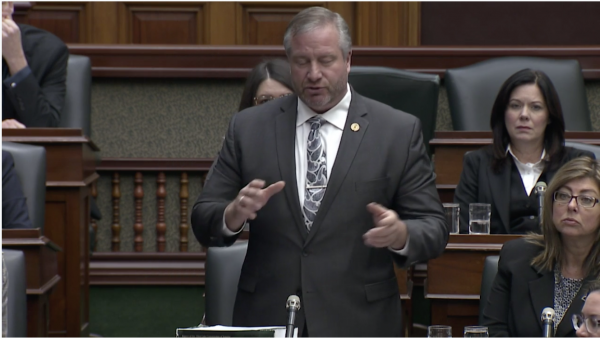 Algoma-Manitoulin NDP MPP Michael Mantha told Doug Ford Monday that his government must end the second class treatment of highway 17 and highway 11 to ensure they are plowed just as quickly as 400 series highways in the south.

“It was revealed that last year the government issued $291,000 in penalties against highway maintenance contractors who violated their service agreement, of which the largest penalties were levied against contractors in Sault Ste. Marie who also maintain roads in my riding of Algoma-Manitoulin,” said Mantha.

“These penalties are levied when contractors aren’t meeting the requirements to keep the roads safe, such as plowing the roads quickly after a snow storm or salting the roads adequately.”

“Instead the government showed that they are perfectly happy to let northerners roll the dice when they get on the roads in the winter,” said Mantha. “Now we have learned that highway maintenance contractors are violating services agreements to the tune of hundreds of thousands of dollars a year, why does the premier think Algoma

Earlier this winter the government voted against an NDP bill that would have raised the maintenance standards on northern highways.

St. Monica’s Church  is welcoming parishioners back to weekend mass. The church will be open for Mass: Saturday – June 20, 7:00 PM Sunday – June 21, 9:00 AM Parishioners are asked to follow these ...
View Calendar
Add