Stephen G. Roman, President and CEO, commented, “The Company is excited by the scale of the combined Flat Lake and TNT zones, in both strike and width.  These areas show a significant presence of sulphides, indicating the potential for a large mineralized system.”

Near Mine Drilling – Sugar Zone South

A new high grade zone is presently being delineated and is currently 300 meters on strike at 200 meters down dip.  It remains open in both directions.  Drilling continues on this target area to define resources.  Please see results below:

Significant mineralization has been identified in two new areas, locally known as the Flat Lake and TNT Zones.  Both of these Zones occur at the north end of the Sugar Zone property approximately 18 km northeast and 12 km north, respectively, from the Sugar Zone Mine site.

At Flat Lake, the “West Lake Showings” have several mineralized outcrops consisting of altered mafic and minor ultramafic volcanics which are interbedded with mineralized iron formation and cut by several altered feldspar porphry and gabbro dykes/sills. Many of the outcrops host several narrow (<10-15cm) mineralized quartz veins.  Anomalous gold values up to 110 ppb were obtained from limited rock sampling conducted in the area indicating gold mineralization is present within the altered-mineralized rocks in the Flat Lake area. ICP results are pending for this area.

At the TNT Zone three altered-mineralized showings were identified along a 4.0 km anomalous trend.  Based on airborne EM-magnetics this anomaly appears to consist of two separate but parallel EM-magnetic horizons.  The TNT showing consists of highly altered mafic volcanics with strong silica flooding and quartz veining.  Up to 30% sulphides are present which consist of pyrite, pyrrhotite, lessor chalcopyrite, molybdenum and sphalerite.  Showing “A” consists of altered mafic volcanics and altered feldspar porphyries which look similar to the rock types encountered in the Flat Lake area, in particular, the strong muscovite-sericite alteration, up to 10-20% quartz stringers and 1-3% pyrite-pyrrhotite (py-po).  “Showing B” consists of sheared and altered mafic volcanics with 10% quartz veining and 1-2% py-po.  The “TNT Showing” and “A Showing” are coincident with EM and magnetic anomalies while “Showing B” is associated with a magnetic low which may suggest the presence of an altered-mineralized zone where there has been magnetite destruction.  Showings “A” and “B” are located 1.0 km and 1.8 km northeast of the TNT Showing, respectively.

Anomalous gold values ranging from 16 ppb to 40 ppb to a high of 253 ppb (Showing B) have been obtained from rock sampling collected along the 4.0 km anomalous trend identified by geophysics and the Maximos AI technology.  In addition, at the TNT showing, rock samples show strong zinc values up to 0.79%, copper values up to 0.69% as well as molybdenum similar to the Hemlo area.  ICP results are pending for the Showing A and B areas, however, similar base metals values are expected as similar altered-mineralized rocks types were discovered in each of the three areas.

Combined, the Flat Lake and TNT Zones represent a previously unknown altered and mineralized horizon with anomalous gold and base metal values which occur along a strike length in excess of 10 km.  No previous diamond drilling has been conducted on this trend to date.  Additional geophysical surveying, prospecting and drilling are planned for these exciting new discovery areas.

The company has implemented a quality assurance and control (“QA/QC”) program to ensure sampling and analysis of mine and exploration work is conducted in accordance with industry standards. Drill core is sawn in half with one half of the core shipped to Activation Laboratories located in Thunder Bay, ON, while the other half is retained at the Company’s core facilities in White River, ON, for future verification. Channel and Chip samples were sent to Wesdome Mines lab in Wawa, ON. Certified reference standards and blanks are inserted into the sample stream on a regular interval basis and monitored as part of the QA/QC program.  Gold analysis is performed by fire assay using atomic absorption, gravimetric or pulp metallic finish.

Robert Kusins, P. Geo., Harte Gold’s Senior Mineral Resource geologist, is the Company’s Qualified Person and has prepared, supervised the preparation, or approved the scientific and technical disclosure in this news release. 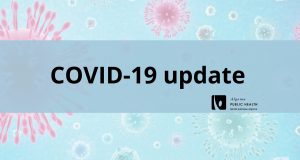