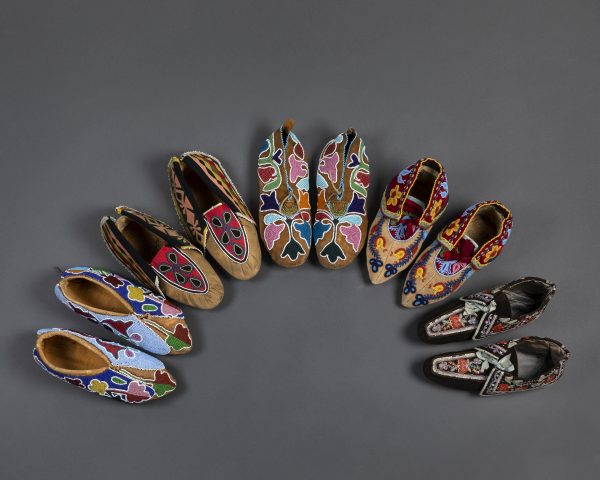 The Eiteljorg Museum of American Indians and Western Art has acquired a major collection of historical Native American art from the Great Lakes region that will figure significantly into a dramatic renovation of its Native galleries. 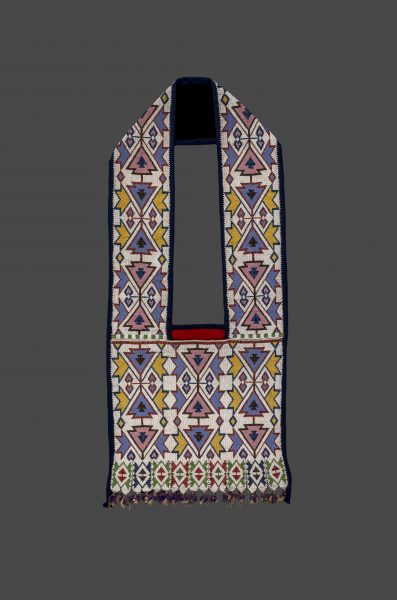 Eiteljorg Museum President and CEO John Vanausdall expressed gratitude to Lilly Endowment Inc., whose $2.83 million grant to the Eiteljorg made possible the acquisition, shipment, storage and conservation of the Great Lakes Native American items, as well as tribal consultations and community accessibility.

The museum acquired the Richard Pohrt, Jr. collection of more than 400 items from Native nations of the Great Lakes, who include the Ho-Chunk, Meskwaki, Menominee, Ojibwe, Potawatomi and many other cultures. The collection includes clothing and accessories such as shirts, blouses, and vests; leggings, skirts, and wearing blankets with intricate beadwork and ribbonwork; beaded bandolier bags, sashes, garters and moccasins. It also contains significant examples of carved wooden bowls, ladles and war clubs as well as hand-woven bags. Selections from the Pohrt collection will be integral to the Eiteljorg’s renovated Native American galleries when they open in late 2021.

“These objects from across the Great Lakes region movingly tell the stories of Indigenous peoples whose families have lived here for centuries,” Vanausdall said. “The Eiteljorg Museum’s acquisition of the Richard Pohrt, Jr. collection further solidifies the museum’s national reputation as a cultural institution. The Eiteljorg plans to showcase this once-in-a-lifetime collection of Native objects in a state-of-the-art revision of its Native American galleries; and that is a testament to the many visitors, patrons, corporate partners and foundations who have believed in and supported our museum’s mission for the past 30 years of celebrating Native American art, history and cultures,” Vanausdall added.

The collection’s former owner, Richard Pohrt, Jr., is an art dealer who for nearly 40 years collected Great Lakes material, primarily from other collectors, galleries and auctions. Pohrt’s father, Richard Pohrt, Sr., also was a prominent collector of Native American art whose collections were exhibited in the National Gallery of Art, the Buffalo Bill Center of the West and the Detroit Institute of Arts. When the younger Pohrt determined it was time to part with his own collection, he was interested in seeing the items remain together. Meanwhile, the Eiteljorg was searching for additional historical Great Lakes art to enhance its collection. The Eiteljorg purchased the bulk of the items directly from Pohrt, who also donated additional objects to the museum.

According to Scott Shoemaker, Ph.D., (Miami Tribe of Oklahoma), who is the Thomas G. and Susan C. Hoback curator of Native American art, history and culture at the Eiteljorg, the museum’s new galleries will be thematic in their approach and connect the local to the broader North American continent.

“The Eiteljorg Museum sits upon historic Miami homelands, but is also a part of the much larger Great Lakes region, not in the sense of a ‘culture region,’ but rather a region connected by many lakes and waterways: the watersheds of the Great Lakes and the upper Mississippi and Ohio River, areas that span beyond artificial state and national boundaries,” Shoemaker said. 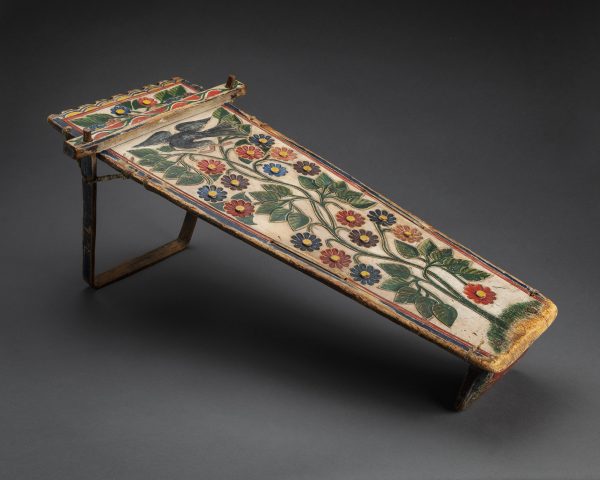 “This presents us with a unique opportunity and responsibility. Our collection was lacking in historical items from Native nations with historic and contemporary ties to this region. Acquiring the Pohrt items fills important gaps in the Eiteljorg’s collection and will make a crucial difference in furthering the public’s awareness and understanding of the Native nations of this region,” Shoemaker added.

As the first step in the consultation process with nearly 50 Native nations represented in the collection, Eiteljorg staff recently sent images and provenance information for each item to tribal historic preservation officers and tribal representatives. “Of great importance is the responsibility we have toward those nations through providing access to these items that were alienated from their communities of origin several generations ago and have been in private collections since,” Shoemaker said.

Although the museum has always rotated artworks in and out of exhibits on a regular basis, the overall appearance of the Eiteljorg’s second-floor Native American galleries looks much as it did when the museum opened in 1989. The museum’s five-year Project 2021 strategic plan envisions the Native American galleries being closed for renovation for much of 2021 and reopening in November of that year with a stronger Great Lakes cultural focus. Native American items will be presented in visually appealing installations, with fewer plexiglass cases and more interactive and interpretive exhibits. The Eiteljorg also is developing a curriculum for schoolteachers to use in classrooms related to the renovated galleries, and those materials will be available in fall 2021.

During the 2021 second-floor renovation, the rest of the Eiteljorg Museum and its other galleries will remain open to visitors. The Eiteljorg’s first-floor Western art galleries underwent a similar renovation in 2018 and reopened last November with a gala celebration. The galleries’ new look and interactive activities have earned considerable praise from visitors.

About the Eiteljorg Museum
Celebrating 30 years of telling amazing stories in 2019, the Eiteljorg Museum of American Indians and Western Art in White River State Park in downtown Indianapolis seeks to inspire an appreciation and understanding of the art, history and cultures of the American West and the Indigenous peoples of North America. Located on the Central Canal at 500 West Washington St., the Eiteljorg Museum was named one of the USA Today Readers’ Choice 10 Best Indiana Attractions.