Last week it was a pair of Bald Eagles on Wawa Lake – this afternoon it was a pair of Peregrine Falcons dining on a Herring Gull. This pair tag teamed and chased a gull to exhaustion before pushing it down to the ice on Wawa Lake to its death. The falcons made short work of the gull, taking turns to tear bites off of the remains. At one point, one of the falcons grabbed hold of a wing and dragged it off on a short flight further down the lake. Feeling safe at a further distance, the pair continued to eat, only flying off when a man walking his dog along the shoreline spooked them.

Editor’s Note: Be warned that the photographs show the falcons eating the seagull.

My thanks to Michael for letting me know the pair was on the lake, so that I could shoot these photograps of these beautiful predators. 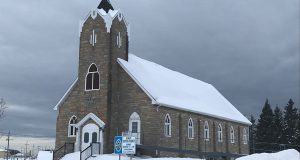 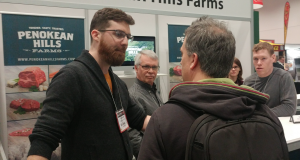 Restaurant Canada Show will get a taste of northern Ontario