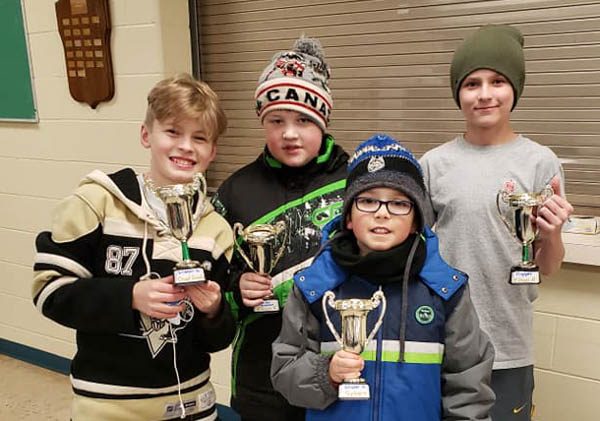 More than 20 École Saint-Joseph (Wawa) students got to enjoy the curing season this year thanks to teacher Ashley Hunt-Ronbison, and parent-volunteer Alison Gendron who offered their time to coach them. The season, which began on January 17, ended on March 6 with a game between students and their parents. Prizes for best slide were awarded to Sylvain Humphries (grades 4 and 5) and to Chad Gendron (grades 6, 7 and 8). Ethan Austin received the prize for hitting another rock and Ethan Roy earned the prize for being closest to the centre.