At the December 4th Inaugural Meeting, Algoma District School Board (ADSB) introduced and welcomed four new Trustees for the December 1, 2018, to November 30, 2022 term.

Greg Bowman is the new ADSB Trustee representing Ward 3. Greg is a Senior Electrical Planner working at Central Trades at Algoma Steel. For over 15 years, he has been a committed member of Sault College’s Electrical Advisory Committee, which consists of various industry representatives. Committees such as this are mandated by the province to ensure that trades programs produce graduates who will meet the needs of employers. Greg believes strongly in making students aware of opportunities in the trades, as tradespeople and technical specialists.

Greg has recently been elected to his second term as Trustee on the Executive of United Steel Workers Local 2724, and prior to that held both Guard and Guide Executive positions. He has both an Electrical Engineering Technologist Diploma from Sault College and a Diploma in Photography from Fanshawe College – two very different programs that have provided Greg a well-rounded perspective on post-graduate education.

Greg has volunteered with different youth activity groups. He was the past President of the Navy League of Canada Sault Ste. Marie Branch and is currently a member of the 2310 Royal Canadian Army Cadets sponsoring committee.

Marie Murphy-Foran has been elected to represent the City of Elliot Lake on the Algoma District School Board. Marie has worked as a Master Trainer for the Ontario Tourism Education Corporation since 1996 and served as the senior associate for Northern Ontario. Her areas of interest include customer service, workforce development, healthcare and projects specific to transferable skills.  She has travelled regionally, nationally and internationally providing training and consultations. She was the strategic facilitator for the Elliot Lake Centre of Development as part of the adjustment process after the mall collapse between 2012 and 2015.

Over the past 10 years, Marie has provided Service Excellence training at Elliot Lake Secondary School (ELSS) and has taught in the Dual Credit Course Tourism and Hospitality at ELSS as a Professor for Sault College.

Marie believes our future is dependent on all students gaining the necessary skills, knowledge, attitudes and values to succeed in a global economy. Her view of the role of the Trustee is one of advocacy, that can influence both board and government policy.

Susan Myers is the newly elected ADSB Trustee for Ward 2. Susan sat on Sault Ste Marie City Council as the Ward 2 representative for 3 consecutive terms (2006, 2010 and 2014). During her twelve years on City Council, Susan sat on a number of different Boards and Committees and chaired many.  She believes that good decisions come from the wisdom and deliberation of the whole, which takes place on Boards and Committees.

During her last term on City Council, Susan became increasingly concerned about student achievement.  She hopes to bring her civic experience gained as a City Councillor to the position of Trustee on the ADSB and help move the yardstick towards improved outcomes in order that all students might shine even more brightly.

Prior to her years on City Council, Susan was the first Manager of Marketing and Tourism for the city’s Economic Development Corporation and led the brand marketing for fourteen years.  She has volunteered on various Boards such as Sault College, the Art Gallery, the Crisis Pregnancy Centre and the Board of Managers at her church, Westminster Presbyterian.

One fulfilling career accomplishment was the development and implementation of the city’s first ever marketing brand logo and the slogan “naturally gifted”.Susan believes our children are part of our “naturally gifted” community in the Sault and throughout Algoma.  Each child has been created with unique and special gifts that we as education leaders, must foster, promote and support in order that these young people can grow and take their own special place in the future of our communities.

Sheila Nyman has been elected as the ADSB Trustee for the North Shore.  Sheila was born and raised on the North Shore.  She is a graduate of Iron Bridge Public school and WC Eaket Secondary School. The high school she graduated from is the very high school she retired from.  Sheila was a secondary school teacher, Vice Principal and Principal with the Algoma District School Board, retiring from WC Eaket in 2015.  Sheila has her Special Education Specialist and in her time with ADSB sat on a variety of committees including the Parent Involvement Committee and the Parent Advisory Committee.  Sheila was part of the District Review Teams for School Effectiveness Framework.  She was also an active member of the Board’s Aboriginal Focus Group and the Mental Health Team.

Much like her predecessor (Bob McEachren), Sheila was motivated to run for Trustee as she continues to have a passion for public education and believes that she brings a unique perspective to the table as a former educator and Principal Emeritus. Sheila’s husband, Ellis, was also a teacher and Principal with Algoma District School Board, now retired.  In her spare time, Sheila volunteers at the Algoma Manor and the Algoma Manor Family Council. 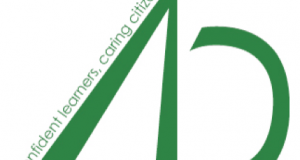 ADSB Technology in Schools increases to 1:1 Devices for Grade 6-10 Students

ADSB Board of Directors Update – Highlights