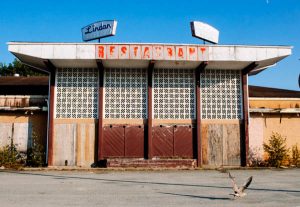 This summer I was invited up to Wawa, Ontario after Slow 17 ran in CBC and was asked to do a story about the towns struggle and current situation. (Caption by Cheyenne Jenkins)

Wawa is not much different than many Northern Ontario towns are today. A drive through the northern towns can be quite depressing if you look only at the buildings. So I gave Wawa a second look…, and here are my thoughts, as a person who grew up here, chose to stay, like many reinventing into many ‘careers’ to pay the bills, remaining now as a small business owner.

Towns that base themselves on boom/bust primary industries are always in a state of precarious balance. Life and health as a miner/logger is just as precarious as the job is. Too many die an early death, or a lingering one from cancer (the Algoma District has 700.2 – 736.5 cases per 100,000). Enjoying the outdoors (working underground is dark, damp and dreary AND risky) so they grab hold and enjoy life with all the toys possible in our beautiful outdoors. Life is lived, paycheck to paycheck, day by day. So, when that good life disappears, there is nothing left but expenses.

“Relationships built this town, a web of interaction among families and generations, between business and individual, company and union and between province and municipality.”

We are not that different than cities though. Many cities chasing the big box stores offering groceries, clothing… saw many of their small businesses close. Today are watching the collapse of Sears, once the best provider of products to rural Canada, leaving many malls without their ‘anchor’. Over the past year, three No Frills in Toronto have closed, creating food deserts for residents who must take Loblaw’s free shuttle bus to other No Frills stores. Those little family stores, ‘candy, smokes, canned goods, milk, emergency OTC medicine’ – a lifeline to neighbours – gone.

“A town born in a time of building, when governments, banks and companies understood that creating something was an investment in the future, a future counted beyond the quarterly result and beyond the sight of the urbanized eye.”

What a great statement. Everyone has forgotten that small businesses are the backbone of the community, that they strengthen a community. Prices may be higher, but we often forget that their expenses to provide to us are also higher. How often do we justify a trip to the Soo for groceries, pharmaceuticals, clothing, etc and put the gas cost off as ‘the great escape for the weekend’.

“a future counted beyond the quarterly result”

When push comes to shove, a small business may stay in business longer because they don’t have the shareholder screaming for their annual profit. Small businesses are creating and are vested in maintaining their own future! Sucking it up and hoping for a better day… tomorrow. There are businesses flourishing in Wawa, most now are home-based (the original entrepreneurs). 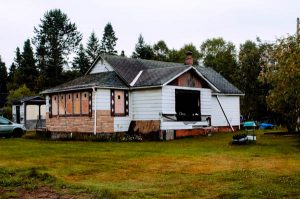 Wawa is constantly being beaten down in the media, despite our many positive changes, and there are still more to come. Life is slow, but so is healthy, sustainable progress. There are many homes that are well taken care of, and show that pride. These photographs could have shown them instead of featuring the damaged homes on Government Road and George Street that do not reflect the work that was underway when they were struck by fire.

That said, I remain hopeful like the many that live here, that Wawa will continue to grow. It takes more than a drive through, or romp through boarded up buildings.

The Big Bird Inn is being renovated, Wawa-news spoke with two gentlemen involved with it last weekend. They said that this building has great bones, and although it needs work – rebirth is in its future. Wawa’s population has decreased by nearly half, and the shift to an older population has ensured that there is a shortage in smaller residences for rent, not the building of large homes. 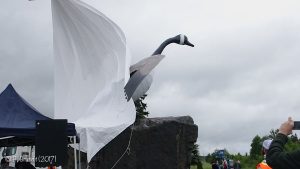 Addressing that need, Mayor Ron Rody has been advocating for senior’s housing in our community. Our Municipality pioneered the Northern Information Technology and Geomatics Cooperative (NITGC) to help smaller Northern Ontario communities to meet the growing needs for Information Technology and GIS. Wawa feeds energy from a 63.46kW-capacity system on five municipal buildings into the grid. Residents can call and reserve a seat on the transit bus, leveraged with gas-tax funds from the provincial government. Our Municipality has persevered despite many setbacks and roadblocks from upper levels of government to provide and maintain services for our citizens. Despite our old goose being cooked – we have a new one after extensive grassroots fundraising by local citizens, businesses, corporations; and funding applications filed by our Municipal employees.

Despite her depressing imagery, Cheyenne ends on a positive note, “…hoping for the right eyes to see the potential and the rural spirit required to build again, for the future.”

There are good changes in the wind, and more to come. Life in a small Northern town is good, and once again will become better. 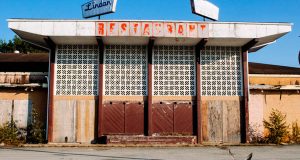