I have received the following Open Letter for publication. These two well-respected engineers have some valid concerns about the skyrocketing costs of ‘Signature’ or Cable-Stayed Bridges.

As a tax payer, I am astounded at the costs that we will pay in order to have ‘Signature’ bridges. There has always been a trend for politicians to be remembered… a legacy as they did great things for the public they represent.

However, critical pieces of infrastructure should be named in honour after the fact – not a deal brokered in hopes of being remembered. This current trend for ‘Signature Bridges’, favouring beauty over functionality or practicality is out of control. The recently revealed cost overruns by CBC of the Port Mann Bridge are shocking. The design of critical infrastructure must be practical and aesthetically pleasing, with due respect given to the taxpayer who pays.

I certainly agree that the tender process for the Gordie Howe International Bridge should be opened to allow for a bridge design that is respectful of taxpayer’s pockets as well beautiful.

I look forward to hearing that contact has been made with these engineers. 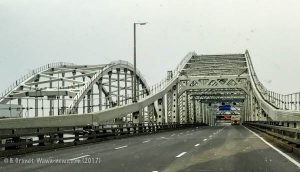 Blue Water Bridge between Sarnia and Port Huron, this twinned bridge is the 4th busiest Ontario/US border crossing and 2nd busiest commercial Ontario/US crossing (of 11). The original span was built in 1938, the second in 1997.

This open letter to you reports on our findings on the viability and cost of Cable-Stayed Bridges vs Conventional Bridges, published in Wawa-News.com in Northern Ontario as a result of reporting about the Cable-Stayed Nipigon River Bridge and subsequent costs after its failure just 6 weeks after it opened on January 10, 2016.

Below are cost calculations for proposed and actual bridge designs. These show the cost of “Signature Bridges”, which has come to mean Cable-Stayed Bridge, is far in excess, often 10 times or more, than conventional bridge designs.

* The Inflation Factors were based on the Bank of Canada Consumer Price Index (CPI). Another base to consider is the R S Means Construction Cost Indices Table. We did not find a significant difference.

These numbers tell a story and raise serious questions:

The important thing to do now is to open the tender on the Gordie Howe International Bridge to conventional bridge designs.

We would very much appreciate the opportunity to discuss these findings with your senior staff at your earliest convenience, in the public interest. 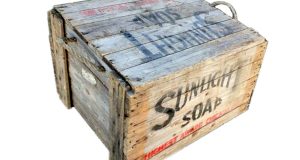 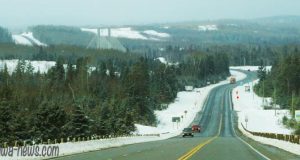