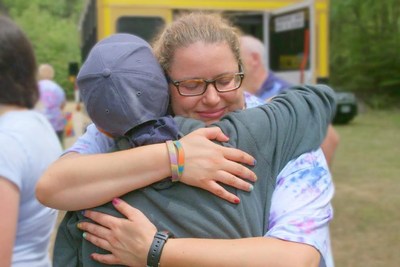 A documentary about a LGBTQ2+ Youth summer camp that provides a safe space for campers. (CNW Group/Village Electric)

The story of Rainbow Camp is a universal one. Everybody is looking for a place that they belong.

The documentary Rainbow Camp, currently in post-production, will highlight a special place in Northern Ontario that provides a safe space for lesbian, gay, bisexual, transgender, queer questioning, 2 spirited and plus (LGBTQ2+) youth to gather for one week a year, allowing them to be their true selves.

“Rainbow Camp has been my ongoing passion project for more than two years. I have participated in the Thessalon-based camp for two summers, interviewed 20 camp staff members and 33 campers. Hundreds of hours of footage were shot over 14 days in 2017 alone,” said Dan Nystedt, Director for Form Productions/Village Electric. “The production team has begun editing the amazing and inspiring stories of these brave, young people who are experiencing freedom of acceptance and love, many for the first time.”

Nystedt’s hope is that the documentary will change the lives of viewers in the same way that the camp is changing the lives of those who attend. The intended audience for Rainbow Camp is not the campers themselves, but rather LGBTQ2+ youth, their allies, siblings, friends and families across Canada and the United States. The story of Rainbow Camp cuts across demographics and borders by sharing a story of love and acceptance.

In order to help finish the editing and post-production of Rainbow Camp and to help the film be distributed to the largest audience as possible, Nystedt is looking for partners and benefactors through an Indiegogo campaign. For those who aren’t in the position to contribute to the film, the production team simply hopes that people will share the documentary trailer and information about the project to help spread the word about this amazing youth camp.

Find more information on the Rainbow Camp documentary and support campaign at rainbowcampdoc.com.

Form Productions is an independent film company based in Sault Ste. Marie, Ontariowhich has produced two feature length documentaries: The Enjoyment of Form and De-Railed: The National Dream.

CEO/director Dan Nystedt has directed dozens of music videos and several experimental films throughout his impressive career. After working on over 20 feature films in various roles, he took on the role of Director of Photography for Painted Land: In Search of the Group of Seven and The Pathway (shot in India), both of which are airing on television stations across Canada.

Village Electric, which was established in 2015 to fill the need in Northern Ontario for the local production of corporate videos and commercials, as well as original content via web series and documentaries, has quickly made a name for itself as a creator of innovative, quality video productions. 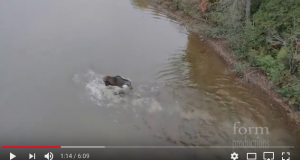