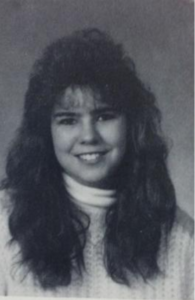 Ontario Provincial Police (OPP) are now offering a substantial reward for information on the unsolved murder of a Manitouwadge resident 32 years ago.

Members of the OPP Criminal investigation Branch (CIB) unveiled this initiative with a goal of providing resolution to Catherine Elizabeth GOWAN’s family and community.

On the morning of July 8, 1990, police were notified that 15-year-old GOWAN had been found dead in her residence on Adjala Avenue in Manitouwadge. While foul play was not initially suspected in her death, the case has been treated as an ongoing, active homicide investigation as a result of further information received by police at various times during the intervening years.

“I’m confident there are people who have information that could identify those responsible for Catherine GOWAN’s murder. Every lead that comes in will be thoroughly investigated. We want to bring resolution to Catherine’s family and ensure those who committed this crime can pose no further threat to anyone in the communities we serve.” stated Detective Inspector Darryl Sigouin, Major Case Manager, OPP CIB.

A $50,000 reward is now being offered for information leading to the arrest and conviction of Catherine GOWAN’s murderer(s). Police urge anyone with information to call the OPP non-emergency line at 1-888-310-1122, their local police service or – to remain anonymous – call CrimeStoppers at 1-800-222-8477 (TIPS) or online at https://ontariocrimestoppers.ca/submit-a-tip/submit-a-tip.