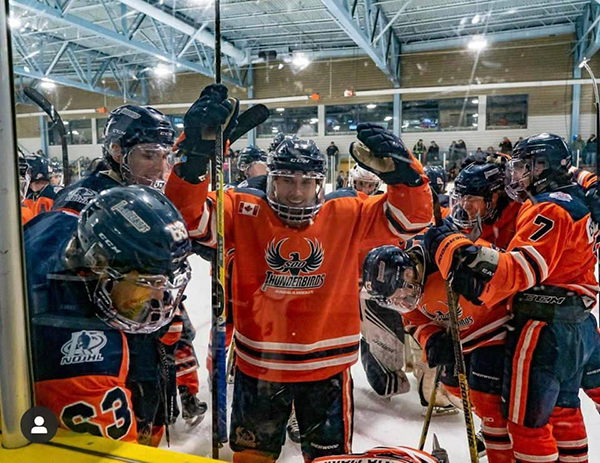 Former Wawa Minor Hockey players Kolby and Austin Fellinger are on their way to Estavan, SK to play in the Centennial Cup, Canada’s Junior A National hockey championship.

The Soo Thunderbirds Jr A hockey team was crowned NOJHL champions in the twelve-team league.

Kolby is a tough, quick defensive blue liner who specializes in the penalty kill. Austin, an affiliate player was called up from the U18 Soo Greyhounds, is a fast skating defenseman with quick decision making skills. The brothers are prepared and look forward to playing against the top Jr A teams in Canada.

The Centennial Cup (Presented by Tim Hortons), will take place from May 19 – 29. The Centennial Cup is an annual tournament organized by Hockey Canada and the Canadian Junior Hockey League (CJHL), and determines the national champion of Junior A ice hockey. It is a ten-team round robin featuring the winners of all nine CJHL member leagues as well as a pre-selected host city.