Letter – How do you Remember Sandra Scott?

Regarding the Passing of Sandra Elizabeth Scott, 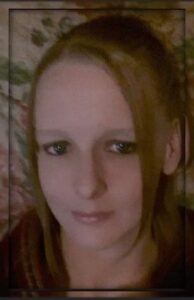 When my grandson, Dante was a year old, Sandra made a brave decision to give sole custody of him to his father to raise as she wanted him to have a safe and stable upbringing.  She protected him the best way she could from her addiction by walking away, which must have been heartbreaking.  We did get occasional phone calls but no visits.

So in essence, he has no memories of his mother other than his 1st birthday party that we can show him, but that doesn’t tell him who his mother was… before addiction took over her life.

What I would like to ask, is if anyone that grew up with Sandra, classmates, friends, teachers,  neighbours, employers, co-workers, can mail us cards with any notes or stories that can help fill in those gaps, what were her favourite colours, books, movies. Did she like to play pranks, was she shy, outgoing, did she like reading, camping… Who was she growing up?  It would be nice for him to see what traits he gets from her.

He can’t grieve for someone he never really knew or can remember, but maybe he can get to know more about her from others recollections.  We always had a bit of hope that maybe one day she would beat her addiction and appear at our door, but now that hope is gone, so I am asking for anyone who has good memories of Sandra to please send them for her son Dante.