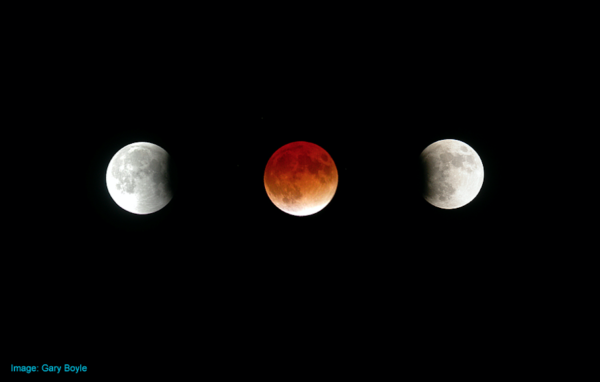 Nothing is more magical than viewing a lunar eclipse. A few times each year, the full moon steps into the earth’s shadow for a few hours, leaving us with lasting memories. Such an eclipse will take place on the night of Nov 18/19 with the Full Beaver Moon. This one will be extra special and appear very close to a total eclipse. Because of the geometry, the moon will be in the larger shadow of the earth except for a mere three percent, leaving the edge in sunlight. A lunar eclipse is very safe to enjoy.

Even though it is not officially proclaimed total, the lunar surface will still exhibit darkness and some colour as typically seen in a total event. People commonly referred to this type of eclipse as a “blood moon”. If you were on the moon at the centre of the shadow during the mid-point of this eclipse, you would see an orange ring around the earth. From this vantage point, you would see sunlight refracting through our atmosphere, witnessing every sunset on the left side of the earth along with every sunrise on the right side at the same time.

For astrophotographers, the moon will be located amongst the bright winter constellations of Orion the Hunter, Taurus the Bull and now too far from the Pleiades star cluster. The only drawback is its late hour.