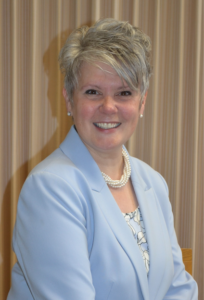 At the September 22nd meeting of the Huron-Superior Catholic District School Board, Rose Burton Spohn, Director of Education, announced her intention to retire in the spring of 2022. Burton Spohn has been director of the board since July 1, 2017.

“It has been both an honour and a privilege to have served the board for the past eight years,” said Burton Spohn. “As someone involved with Catholic education for over forty-five years – as a student, employee, or advocate – I feel so blessed. I have been able to work alongside students, families, colleagues, employees, partners, members of the clergy, and trustees who have a passion for our Catholic education system, which develops sharp minds, strong bodies, kind hearts, and shining souls that provide hope to a world that so desperately needs it.”

Burton Spohn officially began her teaching career in 1991 in the London District Catholic School Board, where she served as a secondary English, French, and guidance teacher at John Paul II Secondary School in London and St. Mary’s High School in Woodstock. After having led various projects and initiatives for Catholic boards in southern Ontario, Burton Spohn moved to the Ministry of Education in 2005, where she served for eight years as an Education Officer in the eLearning Ontario unit. There, she assisted with the launch and implementation of the province’s e-learning strategy, ultimately overseeing the work of the province’s 60 English-language e-learning contacts before moving north.

In 2013, the Huron-Superior Catholic District School Board hired Burton Spohn as a Superintendent of Education and assigned her responsibilities for secondary programming, e-learning, alternative learning, and the supervision of the west-end family of schools. She was named Director of Education in 2017, after John Stadnyk retired, and has capably served as the board’s leader throughout the COVID-19 pandemic.

“I am so thankful for the confidence that the board, the senior team, and the system have demonstrated in me over the past eight years,” said Burton Spohn. “I cannot say enough about the caring, dedicated, and talented support system that has surrounded me throughout my time in leadership at the board.”

“On behalf of the Board of Trustees of the Huron Superior Catholic District School Board, I would like to take this opportunity to thank Rose for her exemplary years of service to our Board,” said HSCDSB Chairperson, Sandra Turco. “This is a bittersweet moment for our Catholic board. We are thrilled that Rose will be able to enjoy many well deserved Lake Superior sunsets with her husband, Mike, as she settles into retirement mode. We have had the privilege of working closely with Rose over the past four years in her role as our Director of Catholic Education and we will miss her strong leadership skills, compassion and dedication to Catholic education and our board.”

The board will soon begin the process of recruiting and selecting a new director of education. Burton Spohn’s official retirement date will be finalized and announced after the selection has been made.

East Algoma OPP – Driver Flees from Police and is arrested