From the Branch – September 16

Finally after 75 years, there is a headstone on the grave of Lt. Kavanagh whose remains were buried in Steenderen, The Netherlands. He was killed in Rha when the farmhouse his platoon liberated the day before, was attacked by the enemey at night, and he and some of his men lost their lives in the battle. Finally they were sure that the remains were his and the Canadian War Graves Committee placed a real headstone, and there was a ceremony by the local citizens. His family was unable to visit because of Covid19 but will do this a soon as they can next year. So another Veteran finally can rest in peace and we will remember him.

We had our first membership meeting and many points on the agenda were discussed especially the Poppy Campaign and the ceremony on November 11th. Our Poppy Chair was able to get some help on this from Comrade Noreen Fellinger and they hopefully will be able to come up with a plan considering the Covid-19 rules.

Our Youth Chair Barb Leshishin advised that the poster and literature is going on in the schools.

Comrade Nick Veldt told the members that because of planned surgery on his eyes he will not be able to continue the Newsletter for the near future, and maybe another member can take this over.

The membership cards are in and let us all be Early birds and get our memberships renewed soon as the Branch needs the funds.

The members thanked the Executive for keeping things going this summer.

What Month do all troops HATE?

To all our Comrades sick at home, in the hospital or nursing homes you are in our thoughts and prayers and we wish you well. 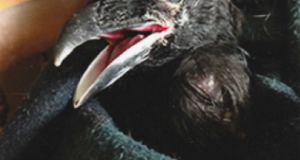