LETTER: In praise of that anti-rail report

Dear Brenda:
I believe all Northern Ontarians owe a debt of gratitude to the publicly-funded Northern Policy Institute (NPI) for that report by a Manitoba academic undermining the case for passenger trains and praising intercity bus transportation as a northern travel alternative.  This landmark report clearly establishes some previously unrecognized points sure to warm the cockles of northern hearts, including:
(1)  Buses are cheaper to operate than passenger trains, even if people don’t like riding them long distances and they have reliability issues during the occasional bouts of inclement weather experienced by Northern Ontario.
(2)  A respite for the many advocacy groups that, unencumbered by any real-world transportation experience or knowledge, unselfishly expended much time concocting no end of competing plans for the restoration of rail passenger service on multiple routes using rail equipment of all sorts, proven and unproven.
(3)  The creation of a new term previously unknown in the real world of railroading:  “short line, short season, tourism-based rail” — as opposed to regularly-scheduled service that’s available year round at affordable ticket costs.
(4)  Clarification of the 2017 call in another northern newspaper by NPI’s director for a study of “a high-speed train from Toronto to Edmonton with stops in Timmins, Aroland, Red Lake and Winnipeg for starters. Trains are making a recovery in much of the world due to better emissions control, fuel efficiency and, frankly, comfort. High-speed trains cover long distances while servicing major centres. We have large population centres separated by large distances, and the ability to slot in one or two stops along the way to increase the options for the rest of us.”
I’m so relieved by these helpful revelations by the institute, which may or may not be due to the recent addition of an Ontario Northland Transportation Commission executive to its board.  I’m sure all Northern Ontarians join with me in offering thanks to them all. 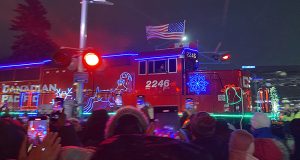 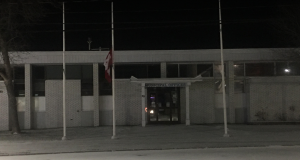 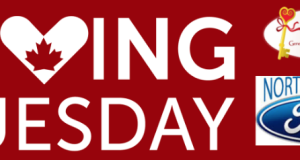