Chris Glover, Ontario NDP Colleges and Universities critic, released the following statement in response to the Ford government’s announcement about a limited return to classrooms this summer for post-secondary students who need to do to so to complete their degree:

“While this is a relief for some students who will now be able to complete their degrees, Minister Ross Romano’s post-secondary update failed to address the many problems faced by Ontario college and university students, faculty and staff, leaving students and institutions with too many unanswered questions.

Students and institutions that have been hit hard by the COVID-19 pandemic need financial support, and the province has so far refused to help. Students still need this government to exempt the Canadian Emergency Student Benefit from OSAP calculations, otherwise students will receive less OSAP funding for their Fall term. In other words, the province is using the federal student benefit to reduce their own responsibility to provide student assistance while Ontario students were already struggling because of the Ford Government’s $700 million cut to OSAP.

For the past two years, the provincial government has attacked and micromanaged our public colleges and universities, threatening stable funding agreements with institutions, and attacking student unions. But now, with schools potentially facing mass layoffs in September, Minister Romano has washed his hands of responsibility, refusing to provide support and saying colleges and universities are ‘autonomous institutions’.” 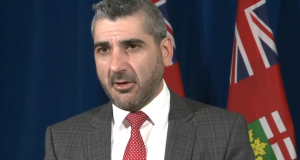