Today, Caroline Mulroney, Minister of Transportation, issued the following statement after the Council of Ministers Responsible for Transportation and Highway Safety annual meeting:

“Today, Transportation and Highway Safety Ministers from across Canada met to discuss how we will work together to enhance transportation safety, improve our roads, bridges, and transit, and get the people of Ontario and Canada to work on time and home to their loved ones faster. There is broad agreement that we need to build the critical infrastructure that will help communities thrive, get people and goods moving, and drive business investment and job creation.

Our government remains committed to working together with federal partners to build a better transportation network for the people of Ontario. To deliver on this, we are making the single largest capital investment in new subway builds and extensions in Canadian history with our New Subway Transit Plan for the Greater Toronto Area (GTA). Just earlier today, the Province of Ontario and the City of Toronto signed the “Ontario-Toronto Transit Partnership Preliminary Agreement”. Through this partnership, we are making Premier Ford’s plan for expanding Ontario’s transportation network a reality.

During the discussions today and in meeting with Minister Garneau yesterday, I formally requested that the federal government provide a minimum 40 percent contribution to Ontario’s four historic and nationally significant subway projects in the forthcoming federal budget.

Based on preliminary cost estimates for Ontario’s subway projects and Ottawa’s role to make a minimum 40 percent contribution to these major infrastructure projects, we call on the federal government to contribute the approximate $6 billion in additional funding beyond what has already been allocated. Working with our partners, the delivery of the subway expansion will get people moving in Canada’s largest city, while providing lasting benefits to the regional economy of the GTA.

Ontario is also in the process of developing comprehensive regional transportation plans to connect families and businesses in the Greater Golden Horseshoe and northern, eastern and southwestern Ontario. Our first transportation plan, Connecting the Southwest, was released in January 2020. These plans will address the unique needs of each region to improve Ontario’s highways, airports, marine and rail infrastructure, and will require federal collaboration to be fully realized.

In addition, the province has approved funding for more than 350 projects under the Investing in Canada Infrastructure Program, 120 of which have been approved by the federal government. We encourage the federal government to continue to review, approve and fund their share of these projects as soon as possible so we can get shovels in the ground and keep our province moving.

While the provinces and the federal government may not agree on everything, we have much in common and need to work together. As Premier Ford has said, we are ready and willing to roll up our sleeves and get to work for the people of Ontario, and the people of Canada.

Building new transit faster and developing regional transportation plans that connect people to places is part of our plan to get people where they want to go across the province, when they want to get there.” 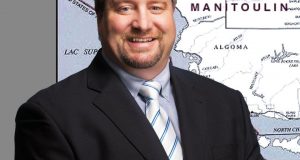 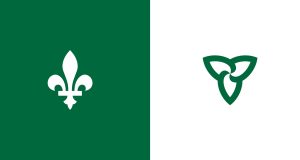