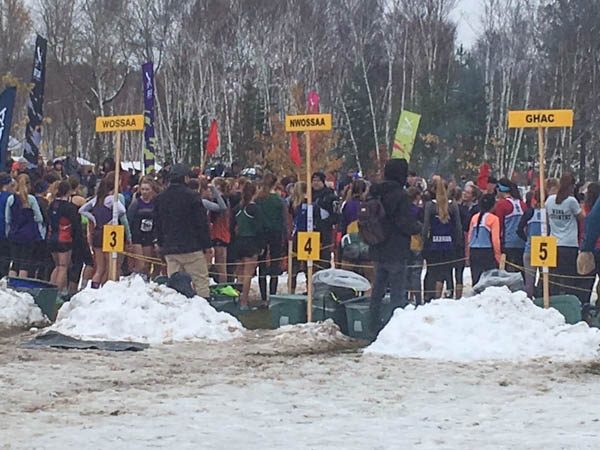 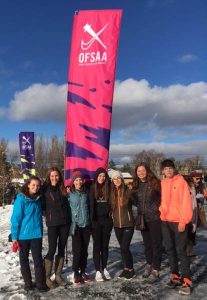 On November 2nd, 2019, seven Wawa students participated in OFSAA cross-country provincial championship.  OFSAA is one the biggest X-country meets in the world with over 1500 runners competing in the event.  This year the race took place in Sudbury under some grueling conditions. The Wawa X-country Running Team is a mix of student athletes from both Michipicoten High School and Ecole St. Joseph.  Congratulations to Julian Robert, Delany Schumacher, Annika Morrison, McKenna Chalmers, Annika Jozin, Katherine Godbout, and Trista Huff on qualifying.

Cross-country Running by definition has some unique elements, but this year,  at the OFSAA race, the runners faced some of the toughest they have seen. They battled temperatures below freezing, extreme snow (for early November) and very wet ground underneath the snow. One team member stated that it was “the worst run of her life but she was happy to finish it”.

Despite the challenges, all runners completed the race and put their training to the test.  To qualify for OFSAA, the Team travelled to Thunder Bay on Oct. 23rdto compete in the NWOSSA championship races. Weather challenges seemed to be a theme this year as the course set for NWOSSA had to be changed at the last minute due to extreme rain (over 50 ml) the day before the race. The Running Team faced some extremely large mud puddles to complete their run. 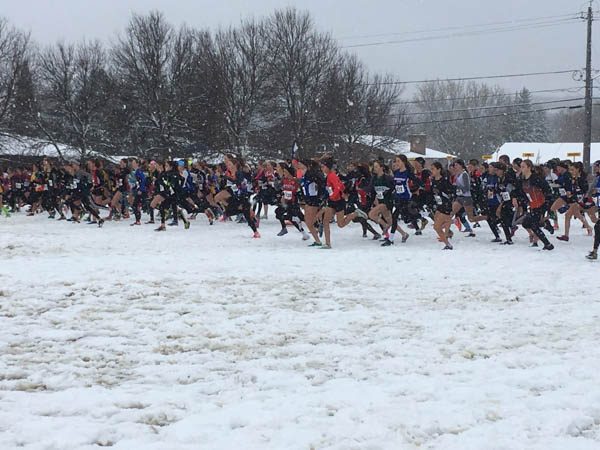 In order to prepare for NWOSSA, the team practiced at 7 am twice a week, head coach Anjali Oberai  then provided each runner with an individual running goal to do on their own before the next practice.   Coaches Mark Szekely and Tracy Laing provided bike support and timing assistance at the morning practices.  If you’re an early riser, you might have seen the team running in all types of weather, whether it be the hills at Queens Park, the golf course hill, the track or the trails they were there.  Congratulations to all members of the running team for demonstrating their resilience and improving their overall fitness and being great ambassadors for Wawa. A special shout out to the Wawa Rotary Club who continues to support Wawa’s athletes at all levels and the Wawa X-country team is no exception.