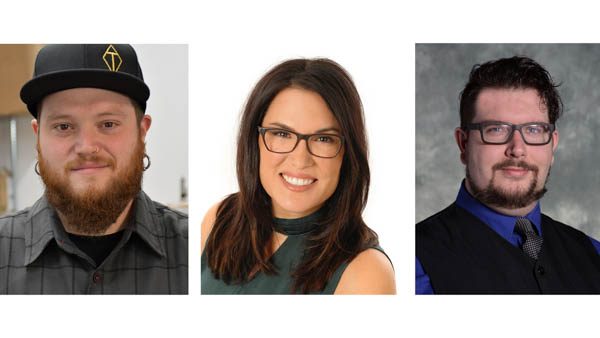 Confederation College is honouring three alumni for their remarkable achievements by presenting each of them with a President’s Award. Al Bourbouhakis, Melissa Hardy-Giles and Thomas McDonald were acknowledged at the 24th Annual Community Partners’ Evening  Thursday, September 19.

“These individuals are wonderful exemplars of what can be achieved with great passion, commitment and leadership,” said Kathleen Lynch, President of Confederation College. “We are honoured to have been a part of their journey and to celebrate them in this way. These awards are just one of many ways in which we share how proud we are of all of our alumni.”

In addition to receiving the President’s Award, both of the alumni have been nominated for the 2019 Premier’s Awards, which recognize the tremendous contributions Ontario’s college graduates make to the success of the province and beyond. The Premier’s Awards ceremony will take place on Monday, December 2, 2019, in Toronto.

Proceeds from the event will be directed to entrance scholarships in support of students who wish to attend Confederation College.

In a few short years, Heartbeat Hot Sauce has grown from friends making hot sauce for the fun of it, to filling its 400,000th bottle of what has become one of the most popular brands of hot sauce around the world. Heartbeat Hot Sauce is now available at 400 retailers across Canada and the United States, with a new European distribution deal to expand its international reach and grow its global following. Through his company, Al has played a key role in advancing the market for local food products and inspiring the foodie scene in his city.

Melissa Hardy-Giles is the visionary and owner of ORIGIN, an innovative company that uses advanced technologies such as virtual reality headsets to provide immersive work-site experiences, introducing job seekers to a day in the life of a number of trades careers from a variety of industries. Committed to bridging the gap between Indigenous peoples and employers, while contributing to reconciliation, ORIGIN brings its technology to remote First Nations communities to ensure meaningful training and employment opportunities are available across northwestern Ontario and Canada. It has helped hundreds of people to secure jobs across multiple fields.

Thomas’ impact began while still a student in the Recreation and Leisure Services program, when he inspired and championed the establishment of the Confederation College Performing Arts Club, which has since raised over $20,000 for local charities. Combined with his visionary co-creation of the Respect initiative on campus, Thomas contributes to providing a safe and inclusive environment for all students. He has touched the lives of thousands by sharing the details of the Respect initiative across the country. His impact continues through his help to raise over $160,000 in support of the College’s student food bank and emergency fund.