Doug Ford’s cuts take away $1,100 in services from every Ontarian

“Doug Ford is taking $1,100-worth of programs and services away from every person in Ontario. More than $6 billion in cuts in Ford’s first budget are still unspecified, which leaves Ontario families worried that the pain they’re feeling from cuts so far is only going to get worse. He is already cutting over $1 billion from children and social services. He’s already slashing 25 public health units throughout the province and putting people’s health and safety at risk. He’s cutting per-student education funding and increasing class sizes. And there’s more pain to come, more services being taken away if Ford plows ahead with his scheme.

The FAO also made it clear that economic growth will be throttled by Ford’s spending decisions and cuts to services, hurting job creation and the economy ahead.

But while Ford’s cutting funding from the things people care about, he’s spending big on favours for friends. Ford gave a $308 million tax break to the super wealthy. He’s spending $30 million more on partisan ads to defend his Conservative buddies in Ottawa. And his meddling in Hydro One has cost $191 million. The fact is, Doug Ford is still spending – and asking everyday families to pay for it.

Ontario families deserve so much better than a premier who delivers tax cuts for the ultra wealthy by ripping funding away from the programs everyday families depend on.” 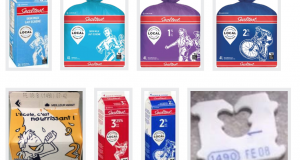